HORIZON Oil and it partners have decided not to develop the Bussabong field in the Gulf of Thailand because drilling results indicate there were unlikely to be sufficient reserves, the company said today.

Horizon and its joint venture partner, Tana Exploration Company, also decided not to drill the second set of three appraisal wells at Bussabong.

"We were looking for early production from the field with a level of confidence built on the seismic attribute interpretation that we and our partners had carried out."

But Horizon structured the farmin earning program to provide an early exit point in the case of negative results, according to Emmett.

“This, and the recently-announced placement which will raise $3 million, means that our cash position is materially unchanged," he said.

"We remain in a very strong position to capitalise on existing projects at the Maari, New Zealand, block 22/12 and Lei Dong block 24/05 in China and Bayou Choctaw, USA, as well as other new opportunities that we are investigating.”

The announcement came after the third well in an appraisal drilling program on field indicated 56 feet of net pay in several gas sands and the previous two wells were plugged after not finding commercial gas.

Not drilling the next three wells will mean relinquishing the interests in the block B12/32 and the concession block B11/38, Horizon said.

Under the farm-in agreement with the concession holder, Horizon and Tana will contribute to the cost of a commitment well on Block B11/38.

Horizon will still participate in exploration further south in the Gulf of Thailand area of mutual interest, the company said.

Horizon Oil and Exploration Company LLC both initially farmed into a 25% interest in two concessions, offshore Gulf of Thailand.

They remain involved in the southern concession and interests will be earned from the operator, a subsidiary of Pearl Energy Ltd, a leading South East Asian exploration and production company. 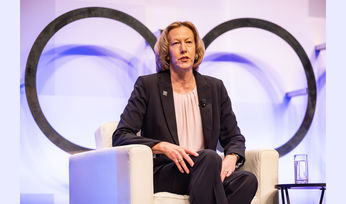