OPERATOR Beach Petroleum will conduct a drill stem test this morning at the Keeley-1 exploration well over the interval 2941 to 2968 metres in the lower Patchawarra Formation. Joint venture partner Great Artesian Oil and Gas said a sand package had been penetrated and had exhibited fluorescence, elevated gas readings and reasonable inferred porosity. 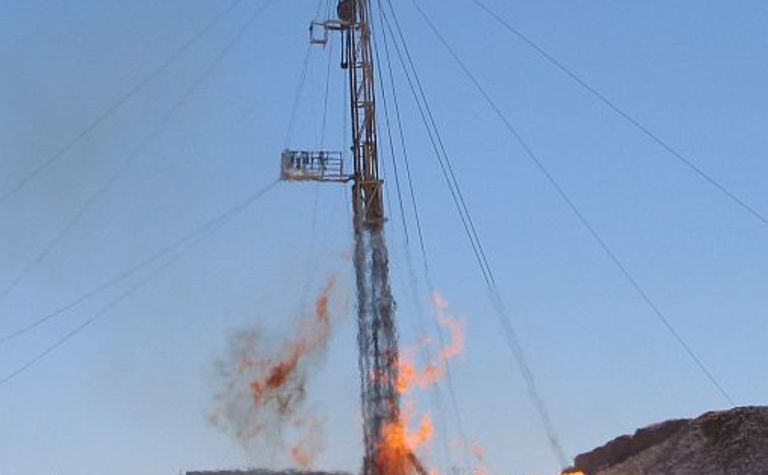 Following gas finds at Udacha-1 and Middleton-1 Great Artesian has said it believes its portion of the Cooper has the potential to become a new gas province.

Keeley-1, which spudded on the afternoon of October 22, is an exploration well that will test a combined Permian anticlinal and stratigraphic trap in the southern Patchawarra Trough of Cooper Basin permit PEL 107.

“The Keeley prospect is considered prospective because of its similarities with the [Santos-operated] Raven gas field, located 10km to the northwest,” Great Artesian said.

“The Keeley prospect coincides with a robust anticlinal closure. Volumetric estimates put its potential mean recoverable reserves at approximately 10 billion cubic feet of gas. The prospect has a maximum potential of approximately 29Bcf of gas if stratigraphic trapping is also involved.”

The primary reservoir objectives in Keeley-1 are sandstones of the Patchawarra Formation reservoirs.

These reservoirs are similar to those that produce gas at the Raven field and reservoirs in the recent Udacha and Middleton gas discoveries made by Beach and Great Artesian in the adjacent PEL 106 permit.

Keeley-1 will take about 15 days to drill and three days to evaluate. A total depth of about 3023m is planned.

Under the terms of a farm-in agreement, Magellan Petroleum is funding Great Artesian’s 60% of the Keeley-1 drilling costs in order to earn a 30% interest in any subsequent production licence, in the event of a commercial discovery. Keeley-1 is the second of a consecutive five-well program currently underway in PEL 107 and PPL 212.