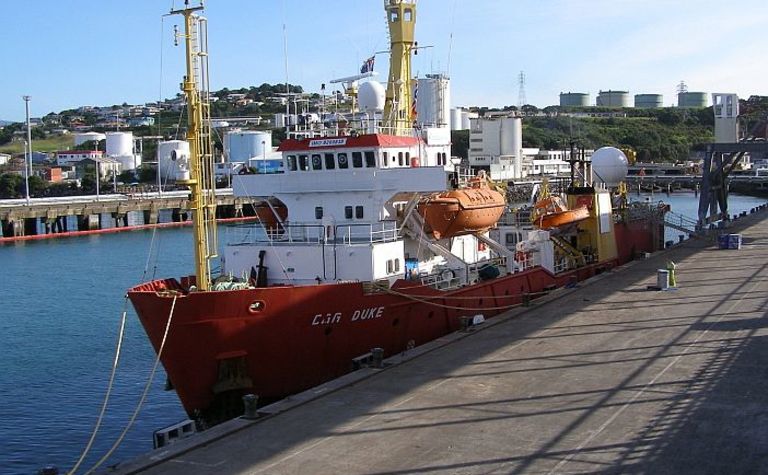 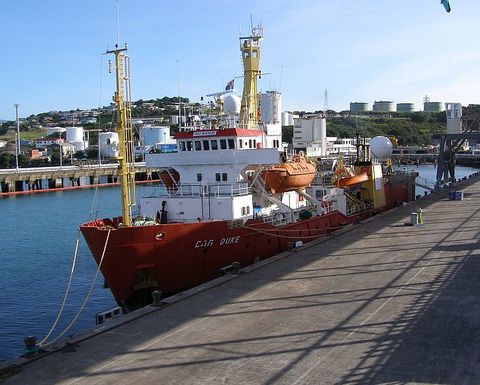 The 1646-tonne vessel spent Friday at the New Plymouth port for customs checks and a briefing by Origin personnel, before heading south to shoot about 2000km of 2D seismic over two Origin exploration licences in the Canterbury Basin.

Duke offshore manager John Golec told PetroleumNews.net that the vessel would shoot about 2000km of 2D seismic across PEP 38262 and the adjacent PEP 38264, both of which Origin operates with 100% interest.

“That should take about three weeks, given fine weather,” he said. “We are to be shooting over two prospects – Caravel in licence PEP 38262, and Wherry in PEP 38264.”

Origin exploration manager Rob Willink has said the Duke would be targeting very large basement features in deep water, in some cases over 1000m deep.

Willink said Origin and its partners were spending up to $NZ20 million ($A17 million) bringing the Duke to shoot seismic off Canterbury, and the Pacific Titan, another CGG Veritas vessel, to work off Northland and Taranaki.

Earlier this year, the Titan shot about 40km of high resolution 2D seismic aimed at detecting shallow gas over the central field area of the offshore Taranaki Kupe field and some nearby prospects that may be drilled as part the $NZ980 million Kupe development later this year.

It is now working on the edge of the Taranaki-Northland geological basins, shooting about 1910km of 2D seismic over the Pantheon prospect and about 430 square kilometres over the Nimitz prospect, both in PEP 38619.

The Titan is also acquiring a further 1200km of 2D seismic over the Akira prospect further offshore in PEP 38618.

Origin chief geophysicist Randall Taylor told PNN that the Titan had slipped behind schedule in its Northland work and was now not expected to finish until late April or early May.

“Processing all this data, from both the Titan and Duke, will be a lengthy process,” he said. “It will take about 12 months before we have analysed the results.”

Vintage gets AGL on board for Vali sales