Worm turns for Karoon in Gippsland

JUNIOR explorer Karoon Gas says after disappointing results it is considering ceasing Gippsland exploration and may just focus on its Browse Basin assets. In its interim results for the half-year ended December 31, 2006, Karoon said permeability measurements at its Megascolides-1 sidetrack well in the Gippsland Basin were very low, indicating small potential for the formation to flow oil.

As a result, the well was plugged and abandoned, while the Megascolides-2 well, drilled updip from Megascolides-1, failed to penetrate the Rintouls Creek Sandstone.

It was also plugged and abandoned after drilling to the basement failed to intersect any other sands in the structure.

After further evaluation of the drilling results, Karoon said it decided not to proceed with the drilling of the third planned well, Raniformis-1.

The company said from the analysis of these wells and regional data, it believes the Rintouls Creek Sandstone is an inadequate reservoir for the production of commercial hydrocarbons in the Narracan Trough.

It said this is due to the very low permeability of the sandstone, which is not always present over the PEP 162 area, with the current seismic unable to clearly define its distribution.

“In all, this equates to an unacceptable exploration risk to Karoon for the remaining leads,” it said.

“Karoon is considering its future plans and options in relation to the Gippsland assets in light of the disappointing drilling results.”

Meanwhile, the company said it has taken possession of the final processed 3D data from its 284 square kilometre seismic acquisition in permit WA-315-P in the Browse Basin.

This completes the 2D and 3D seismic data acquisition and processing program run through 2006.

It said the results would be interpreted over the coming months, with full results expected in the second quarter of 2007.

“Initial results have already confirmed the position and size of the two leads (Updip Buffon and A Lead) in the survey area,” it said.

Looking ahead, the company says the joint venture plans to drill two wells, which it expects will lead to drilling activity on the permits within the next 12 months.

Karoon holds 49% equity in WA-314-P and WA-315-P. ConocoPhillips holds 51% and has an option to take an additional 9% of the permits by paying 80% of the next $US125 million of agreed expenditure and 60% of everything thereafter.

Turns its attention to Indonesia 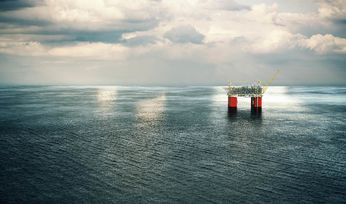 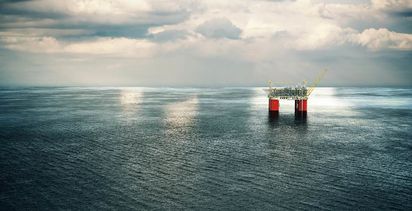