LAKES Oil has applied for a large onshore exploration permit in the lower North Island  its first New Zealand venture for a decade  and hopes to emulate its Victorian tight gas success across the Tasman, according to company chairman Robert Annells.

Melbourne-headquartered Lakes Oil – the oldest Australian explorer still operating in the country after 60 years – has applied to the New Zealand Government Crown Minerals unit for PEP 38350, a 1901 square kilometre onshore block in the greater Wellington region.

“We feel there is potential in New Zealand, particularly onshore places that have not been looked at properly yet.

“We also like the New Zealand gas market and believe we could commercialise any small gas finds we make there.”

He said Lakes Oil would be targeting both oil and gas in New Zealand and utilising its Cooper Basin expertise that had seen gas finds with flows as low as 2 million standard cubic feet per day developed.

He declined to specify where this new acreage was – “onshore somewhere in the southern part of the North Island” – but said Lakes Oil would make a full statement regarded targeted formations and work program obligations once Crown Minerals had granted it the licence.

“We have been successful with tight gas plays in Victoria, predominantly the Cooper Basin, and we are also moving towards commercialisation of some of our Gippsland Basin wells.

“We see similar potential in New Zealand, making gas finds near existing infrastructure, power stations, where people live. There are lots of things we could do with gas in New Zealand.”

Annells said the price of gas in Victoria was about $A3 per Gigajoule and rising. Present New Zealand prices, of about $NZ4.50-5.50/GJ, compared favourably.

He added that the PEP 38350 application was Lakes Oil’s first activity in New Zealand for 10 years or so. It had held a minority, non-operating position in an onshore North Island permit last decade but nothing came of that endeavour. 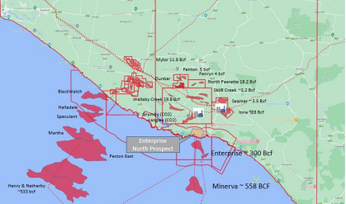 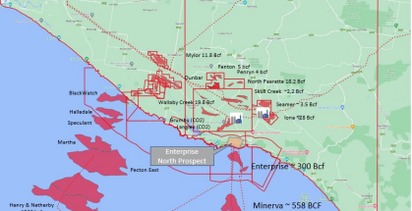