NEW Zealand minnow Green Gate has won a Great South Basin licence and is planning to drill its maiden well - the controversial Kate-1 well  in the onshore Canterbury Basin within the next three months.

“We will have some good neighbours in the likes of OMV and L&M, and just northeast, across Stewart Island, Greymouth,” Radford said.

Green Gate must reprocess existing seismic data, including some shot by Hunt Petroleum and Exxon Mobil decades ago, and more recent data acquired by New Zealand government agency GNS Science, according to Crown Minerals. Green Gate also has to acquire at least 600km of new 2D seismic, complete technical studies, and commit to drilling a wildcat within four years.

Meanwhile the company has now acquired all consents needed to drill Kate-1 beside the Kate valley landfill in licence PEP 38260 about 50km north of Christchurch.

Radford said expected wellsite preparation to start next month and for the contracted drilling firm, NRG Services, to spud the well in late March or early April.

A year ago, Green Gate clashed with former partner TAG Oil, a Toronto-listed junior, over plans to drill Kate-1. TAG subsequently withdrew from the licence.

But Sydney-based explorer Gas2Grid later farmed in, and is earning a 40% stake by funding the first $A1.2 million of costs associated with drilling the well, plus its pro-rata share of cost afterwards.

An oil seep was uncovered during geotechnical works on the flank of the Kate anticline in 2003, while and soil gas surveys have confirmed the presence of hydrocarbons. 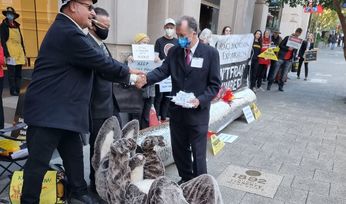 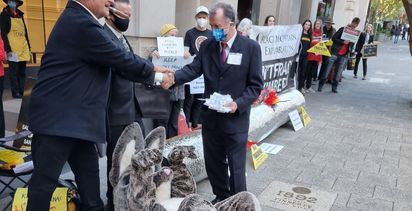 Green hydrogen could compete with LNG in a decade