A LOT of water has passed under the bridge since Tasmania's oil true believer, Malcolm Bendall, who since 1977 has said he was given a vision from God of vast oil deposits beneath the Apple Isle. 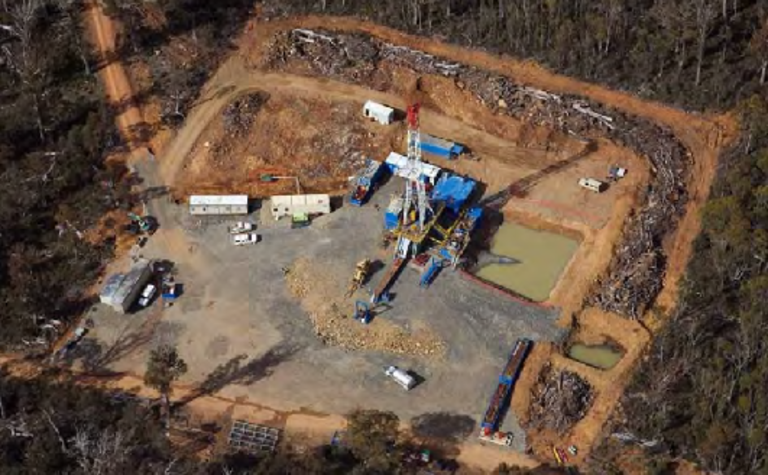 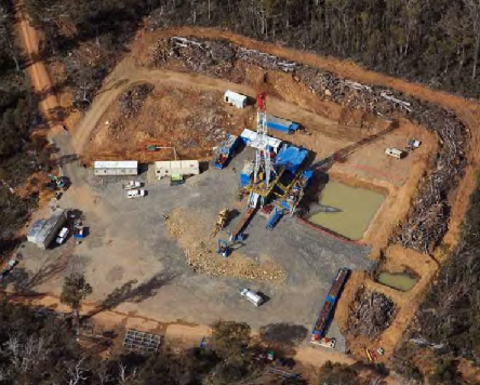 But after spending the past seven years mired in a New York courtroom with a failed JV partner, Bendall finally wants to resume the search.

Bendall's US-based entity, Empire Energy Corporation has finally reached a settlement with Chinese-backed Smart Win Corporation, ending a battle of claim and counterclaim that has occupied the New York State Supreme Court since the termination of the partnership in 2008 during drilling of the Bellevue-1 in Tasmania.

After years locking horns in the US court system Empire and Smart Win have agreed to resolve their counterclaims on a basis that allows Empire the opportunity to continue to finance and pursue Empire's business plans and historical assets in the Tasmania Basin, Empire's lawyer Paul Batista explained.

"The settlement empowers Empire to focus on its efforts to implement plans to exploit oil and other energy resources in Tasmania," he said.

Empire wanted damages and costs for the $US7 million it says it spent on the well while Smart Win was counter-claiming for $US4 million.

The confidential settlement agreement permits Smart Win to retain an equity investment in Empire, a company that has no permits and no assets besides any intellectual property amassed by Bendall during his decades-long search for Tasmanian oil that is not lodged with the Tasmanian government.

One of the major issues for Bendall to overcome now is that Empire no longer holds any title to acreage in Tasmania, and much of the area of its former SEL 13/1998 or its replacement area EL 14/2009, are now under licence by Petratherm.

However, Energy News understands the Tasmanian government is looking to re-release the western part of the area as ERA 981, which includes the Bellevue and Thunderbolt Dome areas.

But the legal bull-fighting is far from over.

While Bendall hopes he can resecure his areas, which is no easy task given the Tasmanian government held concerns for a decade that Bendall wasn't meeting his commitments - a position Bendall disputes - it will all be done under a new clean-skin venture, Tasmanian Oil & Gas joint venture with UK-based Alpha Prospects.

While that's being put together Bendall still intends to chase "parties, such as Hunt Energy and others, which were responsible for the impairment of Empire's assets and business plan," Batista said.

"Empire recognises that third parties with improper pre-meditated objectives were responsible for the loss of Empire's business plan to exploit oil and gas energy resources covered by licences issued to Empire and one of its subsidiaries by the Tasmanian government," Batista said.

Bendall, who says there might be 10 billion barrels of oil at stake, has long claimed evil forces are out to get in on the action and sabotage his company.

"I've had my house broken into. I've had death threats. You know, there's a dirty, very dirty game that's been played with this project and you know, at the end of the day, those cowards will be shamed," the told ABC Radio back in 2009.

Empire was stripped of its licence in 2012 and in June 2012 the Federal Court of Tasmania ordered that Great South Land Minerals be wound-up and a liquidator was appointed.

It will be a hard road to climb for Bendall, who will also need to raise funds for speculative exploration in one of the least supportive exploration environments in 20 years.

Bendall's new partner, Alpha Prospects, is a UK-based concern that shares the management with his most recent partner, TXO Inc.

Alpha recently purchased a 44.7% shareholding in the Tasmania Oil & Gas vehicle from Empire and 24.8% in TOG shareholder TXO via the issue of shares worth around $1 million at current prices.

It gives Alpha a controlling interest in TOG, while Empire will hold small parcels in Alpha and TXO.

Alpha CEO Christopher Foster expressed the hope that by working with a team in frontier Tasmania with "exceptional local knowledge".

"A number of licence applications are being worked on to develop and expand the Tasmanian interests, which the board believe offer an excellent opportunity based on results to date," he said.

So far the partners haven't said how they plan to secure tenure in Tasmania, or fund any work programs given both companies are cash-poor and there is a lack of appetite for rank wildcat exploration in the world.

Then there is the exploration risk.

In 2012 RPS Energy concluded that Ordovician Larapintine reefs had been defined with the prospective resource estimates for the Permian-Triassic exploration at the Bellevue and Thunderbolt prospects across the Gondwana and Larapintine petroleum systems at Bellevue of 349 million barrels, and Thunderbolt of 151MMbbl respectively.

RPS gave the targets reasonable chances of success, between 18-24%, but UK broker Fox Davies issued a scathing review of the years of technical work done by Bendall and his companies, ascribing no value to TXO's investment in TOG, saying any drilling had a very low chance of success.

The analyst said the assets had not benefitted from a sufficiently well-rounded or technically rigorous exploration program, and it wrote off Empire's prospects as leads that require more detailed seismic to elevate them to prospect status.

Bendall has been trying to convince the world that there are oceans of oil beneath Tasmania - up to 10Bbbl in some instances.

Over more than 35 years he scoured the landscape looking for indications of hydrocarbons, and drilled a few shallow stratigraphic wells, spending a claimed $65 million to prove oil and gas does exist in the Tasmania Basin.

Somehow he became involved with the Chinese-backed Smart Win, and in 2007 the company went to the effort of importing a new-build Gefco and Oklahoma oil man Elroy "Smokes" Walden to run drilling of a planned five well program.

The first four wells were originally scheduled to be the high-graded potential 40 million barrels of oil equivalent Lachish-1 near Conara, Eglon-1 near Bracknell, Gezer-1 near Bronte Park and Hebron-1 near Tunbridge that the company suggested it has identified analogues for the prolific Cooper, South Oman and Tarim basins.

The rig, imported into Australia with great pomp and ceremony, was described as unsuitable following a review of GSLM's targets that indicated a larger capacity rig would be required to the targets.

Within months the rig and Walden were off to greener pastures and the $5 million JV with Smart Win had switched focus to the Bellevue-1 site.

A local contractor completed the tophole drilling, and the JV signed up Hunt Energy's Hunt Rig-3, which was mobilsed to Tasmania and the rig then sat on location, or stacked nearby, with Empire claiming there were defects with the rig.

Hunt - which has since collapsed - claimed Empire kept moving the goalposts.

After pouring in more than $4 million for no return Smart Win terminated its funding agreement over concerns of irregularies in the cash calls and the drilling ceased before the Hunt rig had even drilled a metre.

The whole kit and kaboodle has been stuck in the New York legal system for years.

Empire lost its licence for non-performance, and despite threats of legal action the company failed to front court to defend its position and its leases were withdrawn.

After all the hue and cry, is there any potential for oil and gas onshore Tasmania?

There are is every reason to believe hydrocarbons have been generated in Tasmania, however the main risk to exploring in the Tasmania Basin have been the thick sheets of dolerite that have caused problems with seismic acquisition, as well as destroying reservoir and source rocks.

Empire's seismic has defined a fold belt with domal structures believed to be up to 9.6km across with 700m closures comparable in size to structures in the Permian Basin of Texas and the Long Beach field of California.

Targets in the Permian-Triassic are between 1500m to 1800m, while in the older Ordivician-Silurian petroleum system the depths are down to 3500m.

There are seeps that have been derived from the Tasmanite oil shales, but the state government's own review of the seeps in the late 1990s found that of almost 140 reported sightings of oil and gas most were misreported or fake, and could not be classified as petroleum seep as would be recognised by the petroleum industry.

Many were misinterpretations of things such as organic debris decaying in ponds, forming oily scums.

Oil exploration in Tasmania has been patchy at best, with the first holes drilled in the state's north from 1915, the most promising being oil shows at 30m on Bruny Island in 1929 and the deeper Shittim-1 gas shows, but overall there has been limited exploration.

UK-based Overseas Energy Holdings drilled the Westwood-1 well in northern Tasmania in 2009, Boss Energy did some cursory work on the rich Tasmanite kerogen shales before abandoning them for gold in Africa, and companies such as Pure Energy Resources looked at the CSG potential, but if hydrocarbons do exists in Tasmania there has been insufficient effort put in to define the potential.

It may be 2016 is Tasmania's time to shine, but the reality is neither OPEC nor the US are likely to have anything to worry from tiny Tasmania about for decades. 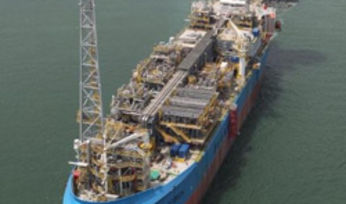 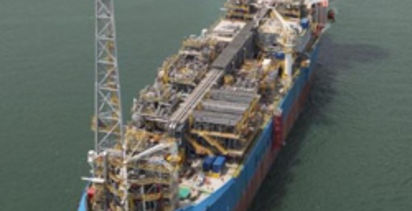