THERE aren't many rank wildcat deepwater wells likely to be drilled this year, much less wells that could completely transform its host nation's energy mix, or wells that are basically being funded by a former joint venture partner. Yet that is exactly the situation Otto Energy finds itself in as it prepares to spud the Hawkeye-1 well, off Palawan Island in the Philippines. 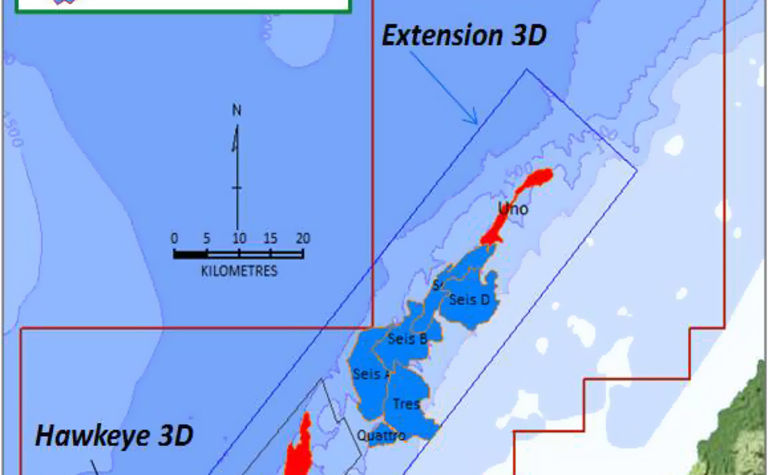 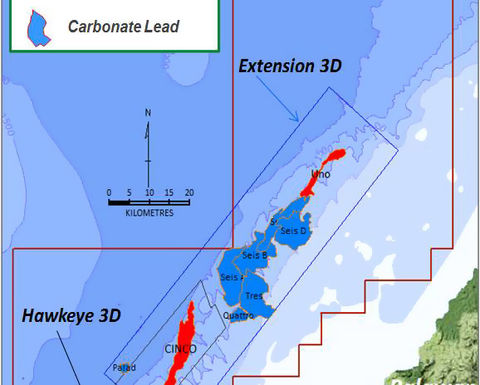 Time will tell if BHP made the smart decision or if it made a monumental blunder two years ago, but in any case it didn't terminate its interest in the SC55 joint venture easily.

After funding seismic, past costs and other work, it agreed to pay $US3 million simply to walk away, with promise of $25 million if Otto successfully completes the well.

All up, BHP is believed to have spent $60 million within SC55, primarily working up the Cinco carbonate target it wanted to drill.

With BHP gone, Otto negotiated some attractive terms from its former partner and the local government that took the pressure off, refocused the SC 55 joint venture on its favoured prospect, Hawkeye, and then did what BHP was unable to do and secure a suitable rig.

The clastic Hawkeye prospect was originally identified on 2D seismic originally acquired by Otto in 2007 and further defined with the 600 square kilometres.

It has a best estimate 480 million barrels of oil-in-place, and will be one of the most important wells ever drilled in the Philippines if it is a discovery.

Spudding of the Hawkeye-1 well could happen within as little as four weeks, Otto CEO Matthew Allen told Energy News.

The approvals are in place, and as soon as Ramadan ends on July 17, Otto hopes the Maersk Venturer rig will start mobilisation.

The rig, which entered service in 2014 by drilling a number of wells for Total, is expected to take just 23 days to reach the target, culminating a decade-long journey for Otto in the Philippines.

Hawkeye-1 will be logged, but not tested as a cost-saving exercise, a common-sense decision considering Otto and its partners, TransAsia, Red Emperor Resources and potentially the Philippines National Oil Company, are all relatively small concerns.

If the PNOC deal doesn't close, there are even a few other potential companies interested in taking a punt on Hawkeye, Allen said, so Otto expects to have around 78.18% working interest at worst, and at that level would be substantially carried for the estimated $US30-38 million campaign.

"The objective is to intersect the reservoir intervals," Allen told Energy News.

"We will wireline log and possibly use MDT depending on what we see in the well."

Success will transform the company and open up a new oil province in the nation given Hawkeye-1 will be the first test in the southern Palawan region of deepwater play type, and one of the first 3D-defined targets.

Past drilling has been in the shallower waters, typically in less than 100m of water, but there has been little deeper water exploration.

There are just 150 wells in the entire Palawan Basin, and almost none in the deepwater.

Geologically, Otto believes the deepwater areas have not been affected by the thrusting coming out from Palawan Is that has increased the subsurface disturbance closer to Palawan Is.

"We believe that none of the inboard shallow wells have succeeded because of drilling in the wrong location," Allen said.

"Out in the deeper water you start to get less interruption and disturbance from the Palawan Shelf, and in this setting we see a lot of evidence of charge, consistent with what happened to the north around the Malampaya and Galoc fields."

Allen says about 30 million barrels would be economic, which is below the P50 potential assessed 112MMbbl recoverable.

"These deepwater clastics are still being found out there, but we think the lack of exploration in this area is a key issue," Allen said.

Allen said Hawkeye will be the first 3D defined deepwater well in the Philippines, and because there is support from DHIs and flatspots, and as there are analogues, the company is internally giving itself a 27% chance of success.

The will be drilled on the crest of the structure, and the company expects to find gas-charge in good reservoir, with the expectation there is gas over oil.

There are gas chimneys in the adjacent area, consistent with gas migrating through the seafloor and there are pockmarks on the sea bed.

Hydrocarbons have been seen in the area, with trapping in the major risk. Given both prospects are mapped over some 50 square kilometres, the structures are large enough to host "Malampaya-sized" volumes of oil and gas.

Malampaya is the Philippines's big enigma - a large 3.7 trillion cubic feet gas field that, since its discovery in 1992. The field is vital to the local economy, and common-sense suggests that Malampaya didn't develop in a vacuum and should have siblings somewhere.

Hawkeye is targeting the Pagasa Formation, a clastic sandstone target similar to the Galoc field that Otto owned for a number of years.

Success drilling the clastic Hawkeye-1 means Otto will want to push forward with appraisal drilling, and it will be extremely tempting to drill the adjacent Cinco as quickly as possible.

Cinco, BHP's favoured target, is analogous to Malampaya, which is located 400km northeast of the permit. It is one of a trend of carbonate prospects and leads and alone has potential for 2.4 trillion cubic feet of gas in place.

With encouragement, Otto would probably seek to farm out the discovery for an appraisal as deepwater environment is not a natural fit for a junior.

Failure will probably see Otto exit the country altogether, although that could be a six-month process.

"There is a scenario where we don't see any hydrocarbon in the well at all, but we think that is pretty unlikely," Allen said.

"At the best, if we have a stonking great oil leg below a gas cap we will probably move quickly to appraise it.

"Significant gas would open up the carbonate play, but Otto would not be the natural owner of that."

Given the size of the prize, Allen says a large discovery could not only meet a large share of domestic demand to replace the existing coal-fired power stations and backfill Malampaya, but open up an LNG sector given the major gas markets are just three to four days sail away.

The nation imports over 90% of its oil requirements, and while Malampya is a boon to the local power sector, even with new compression being installed this year it will be gas-short within a decade.

Oil was discovered to the north in the 1990s at Maniguin and there are oil seeps the Mindoro Island region.

SC 73 is located in the southern part of the Mindoro Basin - Cuyo Platform, a continental rift basin located offshore the Philippines.

The company's low cost work program is to spend about $800,000 reprocessing the existing 2000km of 2D seismic. If it thinks there is anything interesting it will enter the block's next phase which requires new 2D seismic.

If not, it could drop the block and it is conceivable that in early 2016 Otto will have no ongoing interests in the Philippines for the first time since it signed a deal to develop the Calauit oil field in 2005.

Beyond the Philippines Otto has also a "plan B" in Africa.

The company, which floated in 2004 to drill some Turkish gas assets, teamed up with Swala Energy in 2010 to add some balance to its portfolio, believing that the well-trodden path of shooting seismic and farming out prospects is a dying model.

Tanzania offers wildcat onshore projects, with cost structures more viable to a company such as Otto.

Two wells will be drilled next year, and Swala recently farmed out to India's giant Tata group, to help fund its share of well costs.

The drilling of the two wells will cost Otto $5 million each, with the 120MMbbl Kito prospect likely to be one of the firsts tests based on the existing data.

Otto does not need to farm-down, but may look to reduce its risk from 50%, depending on what the pre-drill data suggests.

Allen said the company is open to securing further interests along the East African Rift System, but it is more focused in to find a development or near-term production asset with near-term upside, probably in the broader Pan-Asian region.

The company expects to have around $50 million in the bank following a recently approved capital return.

Allen said Otto knows that if it wants to join AWE or Beach Energy in the $300-$500 market capitalisation club it knows it needs not be held captive to a single asset. 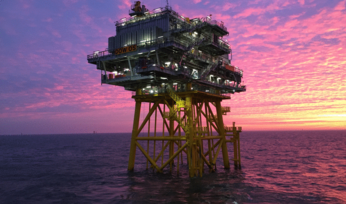 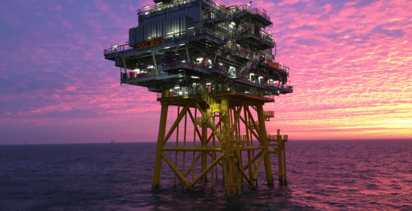