Will Warro be a wonder?

TRANSERV Energy (57%) and its cashed-up partner Alcoa (43%) have twice drilled the 1977 Warro tight gas discovery in the Perth Basin with mixed results, so it will be critical that the next wells offer more than hope if the development of what the pair call Australia's largest undeveloped onshore gas field. 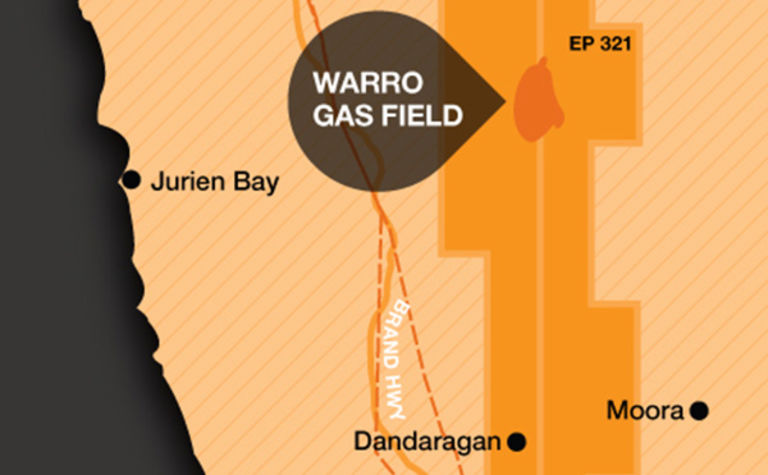 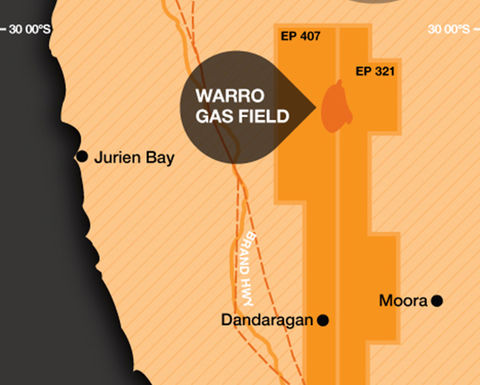 They're going all out with two new wells they hope will crack the code once and for all, with the spud date for Warro-5 looming within weeks, Transerv managing director Steve Keenihan told Energy News.

Keenihan is now waiting on the Enerdrill Rig-3 to be released from AWE, with Warro-5 and Warro-6 to be drilled back to back from mid-August.

The wells are aimed at achieving high gas flow rates and avoiding deep-seated faulting that is believed to have caused the excessive water encountered in previous wells.

Early work on the field by WAPET found it to be too tight, but in the decades since technology has opened up the potential for Warro, which could contain up to 10 trillion cubic feet of gas-in-place trapped within a 390m gas column in the Yarragadee Formation.

The results from Transerv's Warro-3 in 2009 and Warro-4 and 2011 were mixed, with both gas and water produced to surface.

A review conducted in 2012 by US tight gas expert Dr Keith Shanley found that there was likely to be a manageable solution to the water production issues, and recommended the next wells be drilled in areas without deep-seated, old faults to minimise the water flow and noted that the 3D seismic had defined large areas without indiscernible faulting.

"The chances of striking any deep-seated faults has to be zero or very close to it, so we won't strike water."

The wells will be drilled to total depths of between 4100-4250m, after which Condor Energy Services will come in and frac the wells, probably in October and November.

The scale of the fraccing program will be dictated by the wells, but will involve a nominal four to five stages per well, but the program can be expanded or reduced as needed, he said.

"You can't really design a fraccing program until you see the actual rocks, and you know what the characteristics are," he said.

Keenihan said the company had learnt a lot from drilling the two earlier wells, influencing frac design and the use of a gel-based proppant.

Slickwater was used in Warro-4, but is best is suited in long horizontal fracs, which is not what Transerv is after this time around.

Gel fracs, better for large short and stubby fracs typically within 400-500m of the wellbore, will be used as they were in Warro-3.

Warro-3 flowed at between 1-3 million cubic feet per day plus water despite an underperforming frac and Warro-4 flowed at 600,000cfpd after a slickwater frac.

The hope is that by drilling in a better location and with better engineering the partners will be able to achieve a commercial flow rate.

Each well is expected to recover 4-10 billion cubic feet.

The Warro-5 and Warro-6 wells will be drilled 3.5km to the south and 1.5km southwest respectively of the previous wells on the giant Warro field.

If successful they would open up a number of infill locations that are which would give a 5-7 well nucleus to start the development, supporting a gas pipeline and processing plant, and ultimately a 100-300 well field.

The existing Dampier-to-Bunbury and Parmelia pipelines are just 30km away, and the partnership is be keen to build a spur pipeline as quickly as possible.

"It is something we would love to do. If these wells flow at 3-4MMcfpd, that's $20,000 of gas per day we'd be flaring, which is lost money, and not good from a greenhouse point of view," Keenihan said.

At the moment it looks like Warro is on the cusp of commerciality, and with a gas price of $5/mcf and climbing the future is looking bright.

The field contains a recoverable contingent resource of 3-4Tcf, and on current costs a resource as small as 50-75Bcf would be commercial, although as drilling costs should come down the field starts to look more attractive.

Cost is always the major issue, and is Transerv's biggest enemy, because there's little competitive tension among service providers, and it is hard to get economies of scale, but that is changing.

There are now four fraccing contractors in the Australian market, up from just one when Warro-4 was drilled, and even though Enerdrill has the only big rig in the region, at least it is staying in the Perth Basin until mid-2016.

"Enerdrill have been very fair with the costings, even though they have a monopoly because they will be better off if they keep busy," he said.

Of course, if having to frac the field weren't potentially problematic enough, about half of the mapped deposit sits beneath an adjacent national park, but Transerv has no interest in long-reach drilling beneath the park, and any such decision would be left to future generations.

Transerv believes there is at least 1Tcf in the part of the field that sits under the freehold land, which would be large enough to support the local market for more than a decade.

But there are risks to that number.

"Obviously, it could be that the best part of the field is around Warro-1 and it's a small field, but 200Bcf is still a very exploitable resource. Right now we are still at the stage where we know that it extends over this whole area, we just don't know if it is productive," Keenihan said

"Warro-3, in its own right, if we drilled it now, knowing what we know and how we would engineer it, it would be a commercial gas well. Warro-4 probably isn't."

Transerv is very much aware that since it last drilled at Warro the anti-frac movement has gained traction, so the company is working with the CSIRO and other Perth Basin operators to gather baseline data around the field, and it is working closely with the local Wheatbelt community of Badgingarra.

"Drilling and fraccing is the easy part. It's getting all the approvals and the community support that's challenging," Keenihan said.

Badgingarra, about 200km north of Perth, is a town on the decline.

The town had just 333 people in the 2011 census, and the local school is at risk of closure, so Keenihan says the town is generally supportive of Transerv's plans.

"They're pragmatic farmers, basically, they are used to working, and they know you can't make something without doing something," he said.

A commercial gas project would revitalise the community, bringing jobs and life back to the town.

Keenihan is a regular visitor to the town, and has worked with the CSIRO to develop a water and seismicity monitoring program for the Warro development.

There are permanent methane and seismic monitoring devices installed near the proposed drilling locations, and soil geochem and atmospheric methane levels have all been measured for the past year, so in the event of a complaint Transerv has the baseline data to assess what, if any, impact drilling may have had.

By the time the next two wells are drilled Alcoa will have chewed through around 75% of its $100 investment. The next steps, either more wells or a development, depend on the outcome of the summer's work.

"Alcoa is still very supportive of the project," Keenihan said.

Keenihan remains optimistic about Warro's future, given the recent offset agreement for the Browse Basin offers an interesting new twist on the potential for Perth Basin production, offsetting big gas developments in the northwest, and opening up new investment partners.

"Things like Warro or Waitsia are of a scale that could be used as offset gas, and that is a big catalyst for the Chevrons of the world to look at a field like Warro if the wells come in. They have experience to develop a field," he said.

It is planning new 3D seismic over the smaller 1.5Tcf gas-in-place Dandaragan Deep prospect just south of Warro, and it retains its interests in Canada, which to date has been more of a real estate play.

It has largely sold off its Duvernay Formation in Alberta, and it is now focused in British Colombia's Monteney play.

"Where we are heading is to create two separate entities in Australia and one in Canada, so that can attract its own funding because Australia doesn't give much recognition for Canadian assets, but we are confident that what we have will attract funding in Canada's private markets," he said.

Transerv is well funded with cash and liquid assets of $5 million.

A 11.6 Tcf opportunity up for grabs 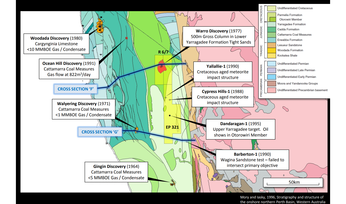 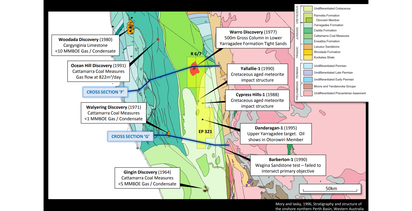