IN A move that will please activists in the "gasfield free" Midwest Lock The Gate alliance, AWE said it would not proceed with a plan to hydraulically fracture stimulate its Drover-1 unconventional well in the Perth Basin.

AWE, which operates the permit and owns 81.5% alongside Titan Energy (18.5%), said results from the diagnostic fracture injection test completed in April, and analysis of the core samples and wireline data taken in 2014 provided sufficient information for AWE's assessment of the shale gas potential in the southern extent of its Perth Basin acreage and no further work was required at the location.

It had originally considered a one to four-month extended production test of the well later this year.

The well will be decommissioned and rehabilitated back to its pre-existing state, as was always the plan.

Drover-1 is located on pastoral land almost 20km southeast of the coastal community of Green Head and about 220km north of Perth.

The well was drilled in mid-2014 to test the unconventional gas potential in the far southern extent of AWE's Perth Basin acreage, south of Woodada Deep-1, Arrowsmith-2 and Senecio-2.

While AWE has not provided any further detail about what the testing indicated, the fact the JV applied to renew EP 455 suggests the significant resource upside continues to interest AWE.

Titan previously indicated it was not interested in maintaining its operations in the Perth Basin, and will presumably look to sell out at the right time.

Drover-1 was drilled to a total depth of about 2400m to test the Kockatea and Carynginia shale formations, the Irwin River Coal Measures and the High Cliff Sandstones.

AWE has drilled a handful of unconventional wells in the Perth Basin to assess the shale potential and has defined a significant multi-trillion cubic feet potential gas and liquids resource, although too date the commerciality of the formations is yet to be proven.

Pressure to develop the unconventional has recently reduced due to the discovery of the large conventional Waitsia field in the deep Kingia Sandstone.

The next unconventional well to be drilled in the basin for AWE is likely to be the Arrowsmith-3 horizontal well with Norwest Energy. 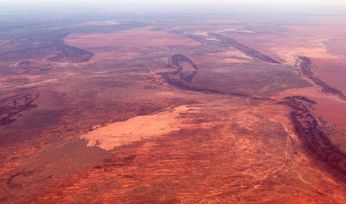 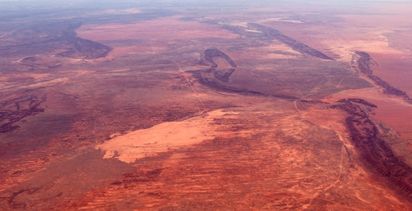 Oilers urged to get active