88 ENERGY and partner Burgundy Xploration are pinning their hopes on promising oil and gas shows on the Alaskan North Slope, which they hope will end up being the next big Eagle Ford Shale analogue.

The promising shows in a conventional sandstone-siltstone layer indicate that modelling conducted by the Icewine Joint Venture is looking extremely promising.

Based on this, the partners have successfully bid on a further 172,240 acres on the Alaskan North Slope.

The acreage is contiguous to the current JV position at Project Icewine, where the Icewine-1 well is drilling ahead below 2400m.

It is a huge bet on the potential of the Icewine project, and triples the amount of acreage on offer, but the partners believe the target HRZ Shale, which they are yet to penetrate, contains a massive two billion barrels of recoverable oil.

The secondary conventional plays in the Brookian and deeper Kuparuk sands and the Ivashuk Formation have also doubled.

With early success in Icewine-1, confirming the play's parameters, 88E says the JV has the scale and a more diversified risk profile required by a major independent or national oil company.

88E boss Dave Wall said the rights had been acquired at bottom of cycle prices for a fraction of the junior's market capitalisation, although he said a small capital raising, including a share purchase plan, would be required to close the deal.

"After shareholders have contributed $20 million to Project Icewine, it is strategically imperative to secure the dominant position in the play ahead of the results of the Icewine-1 well," he explained.

"We do not want to prove up a play and then have someone else acquire a large portion of it."

He said that while there was no guarantee that the HRZ Shale play would be successful, or if it's even a fraction as good as the prolific Eagle Ford Shale in Texas, the option value associated with the success case versus the relatively small down payment required was an opportunity that could not be passed up.

"Additionally, downside risk has been mitigated as we now have a greater chance that the HRZ or one of the conventional plays will work somewhere on the expanded acreage position," Wall said.

88E recapitalised from failed Moroccan oiler Tangiers Petroleum last year, and 12 months ago secured its entry into the Alaskan North Slope, quickly moving to last month's spud of the first well of the play.

The HRZ Shale has sourced the 15Bbbl Prudhoe Bay oil field, and work by Burgundy suggests that Icewine-1 is located in a high liquids vapour phase sweet spot analogous to those encountered in other Tier 1 shale plays.

There is also deeper potential in the underlying Kingak and Shublik shales.

Yet to make discovery 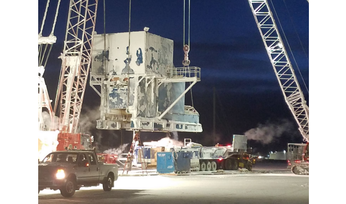 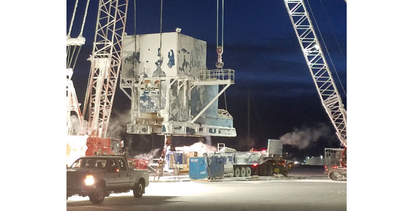