EQUINOR has abandoned plans to drill for oil in the Great Australian Bight suggesting the distant, ultra-deepwater planned wildcat Stromlo-1 “is not commercially competitive compared with other exploration opportunities in the company”. 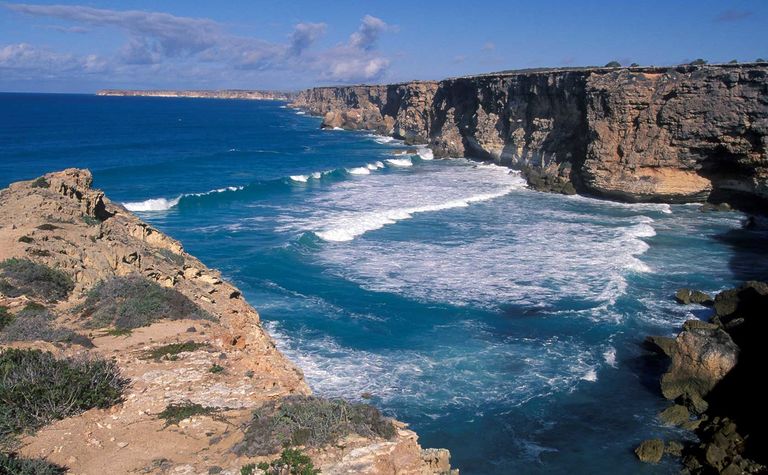 This is another high-profile pull out in the frontier area, long considered highly prospective but yet to yield a single commercial discovery despite 13 wildcats drilled in its history. Chevron Corporation and BP left the area late last decade and Woodside Petroleum drilled a duster, GnarlyKnots, years before that.
The Norwegian company said it conducted a "holistic review" of its global portfolio and a source confirmed to Energy News this morning it was "a purely commercial decision" and not influenced by the huge protests the oil project attracted.
Its draft Environmental Plan submitted to the offshore regular in 2018 included a graphic which showed an oil spill stretching from Esperance in Western Australia to north of Sydney in New South Wales and surrounding Tasmania. This was based on hundreds of potential spills all modelled at once but without clear explanation it understandably terrified the general public.
Equinor said this morning it had informed federal, South Australian and local authorities.
"We will engage with the federal and state authorities regarding our decision to discontinue the exploration program," country manager Jone Stangeland said.
"We hold an exploration permit offshore Western Australia and will maintain other ongoing interests and activities in Australia."
Under its work program commitments with the National Offshore Petroleum Titles Administration it still has exploration obligations in Australia.
It holds WA-542-P in the Carnarvon Basin offshore Western Australia, which was granted in October last year by NOPTA and expires in 2025.
It must undertake seismic studies in the first three years of its permit and drill an exploration well between 2023 and 2024. These obligations are likely separate to anything it will have to make up by abandoning its Bight plans.
At the end of last year Chevron and BP announced they would jointly spend A$116.5 million on exploration after abandoning their own plans to drill the Bight in 2016 and 2017 respectively.
Under an agreement made with the federal and South Australian governments half of that money will be spent on onshore exploration in the state, much via third-party contracts in the Cooper Basin.
BP will invest $40.6 million nationally by October 2022 and Chevron $75.9 million by September 2022.
Energy News understands Equinor is now in talks regarding its plans to meet obligations.
"Equinor has made it clear this was a commercial decision and the company will continue to be part of the Australian oil and gas industry," natural resources minister Keith Pitt said this morning.
"I know many will find Equinor's decision not to proceed with this oil exploration project in the Great Australian Bight extremely disappointing, and it is particularly hard for South Australia."
A report commissioned by the Australian Petroleum Production and Exploration from ACIL Allen Consulting in 2018 found a Bight oil project could create 5000 indirect jobs between 2020 and 2060.
It could also create 2000 full time jobs in South Australia and $7 billion in annual tax to both state and Federal governments, it said.
"Sadly, this is a lost economic opportunity for South Australia during a period where the state is pursuing an ambitious 3% growth target," South Australia Chamber of Mines and Energy CEO Rebecca Knol said.
However the drilling campaign has been one of the most contentious in Australia, with large scale protests, paddle outs, petitions in parliament, and even Liberal Party members in ultra-marginal seaside seats like Corangamite signing on against the project.
Protesters have even travelled to the company's annual general meeting in Norway.
"We welcome this decision and congratulate Equinor for acting responsibly and listening to the views of the Australian people, and following the lead of BP and most recently Karoon in pulling out of exploration in the Bight," Wilderness Society director Peter Owen told Energy News this morning.
Karoon Energy did pull out recently but the company has been focussed on its offshore projects in Brazil and Peru with little to no work in the Bight for a long time.
Chairman Bruce Phillips said at its December AGM the company had not found a farminee and decided to abandon the permit, though it had hoped a Stromlo-1 success could go some way to making its own EPP46 commerically viable. Its work program mandated a well before Octoner 2021 at a cost of A$115 million.
"We have also listened to our broader stakeholder groups and have initiated actions to relinquish EPP46 in the Great Australian Bight," he said then.
"There's no doubt, this has been one of the largest opposition movements in the history of drilling in the bight, obviously the approval of the environment plan is now being challenged in the federal court; Equinor must be aware that this is not supported by the majority of Australia, this is the wrong time in history," Owen continued.
The Wilderness Society took the National Offshore Petroleum Safety and Environmental Management Authority to the Federal Court early this year arguing it did not consult enough stakeholders.
NOPSEMA conditionally approved Equinor's proposal in December last year to drill for about 60 days between November and April in either 2020-21 or 2021-22.
The EP received a record 30,000-plus submissions from the public since last year when a draft proposal was first made available.
CEO of Adelaide-based consultancy EnergyQuest Dr Graeme Bethune has suggested the lack of commerciality could be down to Equinor's new carbon targets and including Scope 3 emissions in emissions reduction targets.
"Carbon costs are starting to bite and the European companies appear to be setting higher hurdles for oil projects than gas," he told Energy News this morning, citing OMV's decision to pull out of the Tui field in New Zealand given its shift away from emissions-intensive oil as another example.
"This is another example of the influence of the EU on investment globally, similarly to the EIB and Swedish Central Bank decisions," he said. 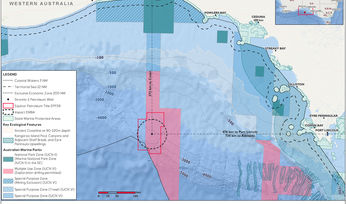 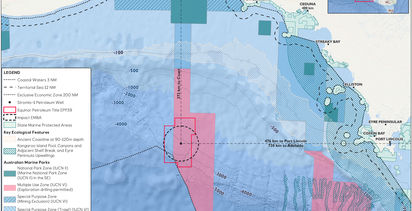