THE LATEST data from the Australian Bureau of Statistics reveal oil and gas exploration across Australia has fallen by $83.7 million over the Q1, 2020 compared to Q4, 2019. However, the Australian oil and gas industry did spend more on exploration programs in Q1 than this time last year. Expenditure was up when compared Q1, 2019, by as much as $17 million.

This is despite both the global coronavirus pandemic and oil price crash, which shuttered some operations in March as travel restrictions came into effect and demand for oil plummeted.

While Australian oil and gas exploration spending remained fairly strong given the circumstances, the full impact of COVID-19 restrictions and capital expenditure cuts due to the oil price crash is still to be felt, most likely in this quarter and next.

Across Australasia, explorers and producers have shelved work programs until higher crude prices return and operational difficulties posed by COVID-19 are overcome.

The data from the ABS found onshore exploration spending was down 25.1% in Q1, 2020. Australian oil and gas explorers spent $151.7 million over the three months on work programs. This is a drop of $51 million on the prior quarter.

Onshore drilling alone fell by 11%, or $15 million this quarter, compared to Q4 in 2019. Other onshore exploration activities, including seismic acquisition, fell by nearly 55%, a $35.9 million fall.

While onshore exploration spending was down compared to the previous quarter, it was up on this time last year. Oil and gas companies spent $316 million in Q1, 2019. Encouragingly, In Q1, 2020 industry spent $510 million.

Offshore drilling dropped off a cliff, falling more than 50% on the previous quarter, or more than $44 million. Seismic and other exploration activities rose by 12.1%, or $11 million, which offset this somewhat.

By state, the biggest drop in oil and gas exploration was in Queensland where combined onshore and offshore spending fell to $38.7 million, from $54 million this time last year. It was also down on the last quarter of 2019 when expenditure sat at around $71 million.

Western Australia by comparison saw the largest spend in exploration. Combined onshore and offshore spending in WA rose by $32 million, from $12.8 million in the March quarter of 2019 to $157.6 million this year. It was down however on the final quarter of 2019 when exploration spending was around $172.5 million.

The Northern Territory, home of the frontier Beetaloo Sub-Basin, also saw declines in drilling and exploration, which could be put down to COVID-19 restrictions. Onshore and offshore exploration spend in the Top End was $42.2 million, down 43% on the final quarter of 2019 when industry expenditure totaled $74.2 million. 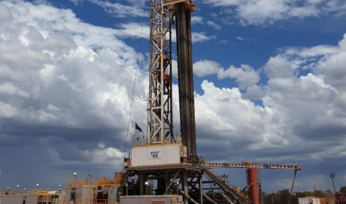 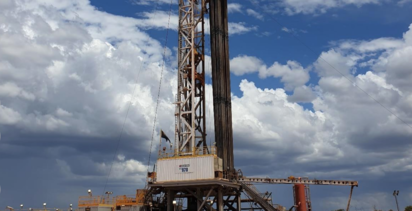