The activists were a mixture of protesters from Lock the Gate and Frack Free WA, holding yellow triangles condemning hydraulic fracturing and calling on the government to rewind its decision to legalise the practice.

At the event, protesters unveiled a new banner, targeting Canning Basin entrant Black Mountain Energy, which recently announced it had applied to the state Environmental Protection Authority for permission to drill and frac six wells. However, at the heart of the protest were four new onshore and nearshore exploration permits which have been opened for tender by the Department of Mines, Industry Regulation and Safety.

All four exploration permits, L20-1, L20-1, L-20-3, and L20-4 consist of onshore acreage which is known for both its conventional and unconventional potential resources.

Yesterday, in response to an outcry by activists who are concerned these permits may be fracced in the future, DMIRS told Energy News operators of the permits "will not be eligible to utilise hydraulic fracture stimulation."

However, these reassurances have gone unheard by Frack Free WA and Lock the Gate, who now want legal requirements written into the exploration permit contracts and leases, echoing what the head of the Conservation Council of Western Australia Piers Verstegen told Energy News yesterday.

Speaking at the protest, Lock the Gate and Frack Free WA spokesperson Simone van Hattem, said she did not believe the government would keep its word, and called on premier Mark McGowan to ban the practice all together.

"We want water-tight confirmation that fraccing will not be allowed in those permits. That should be in writing. It should be written into the condition of the leases that are awarded," van Hattem said.

"It needs to be legally binding that they are not exploring for unconventional gas."

Van Hattem also used the protest to take aim at Black Mountain, which announced recently it would begin exploring the vast Canning Basin in northern WA for unconventional oil and gas. It was awarded EP371, which has been recognised lease since 1993 meaning fraccing will be allowed.

Until now the company has largely focused on the lower 48 states shale plays in the US, but boasts a wealth of experience in hydraulic fracturing across its North American portfolio.

Black Mountain when revealing its exploration plans, cited research from the US Energy Information Agency which estimated the Canning was the largest untapped unconventional gas region in Australia.

"Traditional owners from the Kimberly area have said they will be stepping up and protesting this. There's already been a long fight against fraccing in the Kimberly, and its going to get hotter," van Hattem said.

Van Hattem said the groups were planning protests in Perth against Black Mountain, but did not specify what this action would be.

Legislation to overhaul Western Australia's fraccing laws is still being debated and is expected to be passed by mid-next year.

It will allow fraccing to occur in 2% of the north west of the state. However, existing titleholders are legally allowed to begin fraccing whenever they please. New permit holders will have to wait until the legislation is passed. 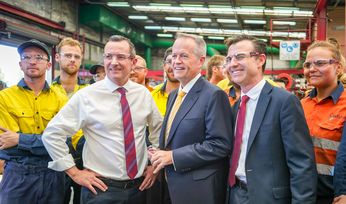 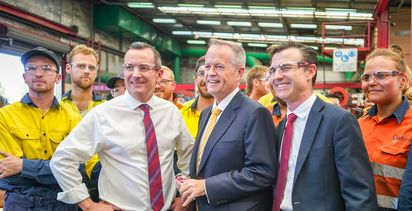