IT has been a busy quarter for Top End frontier explorer Empire Energy as it prepares to drill its first Beetaloo Sub-basin well Carpentaria-1. 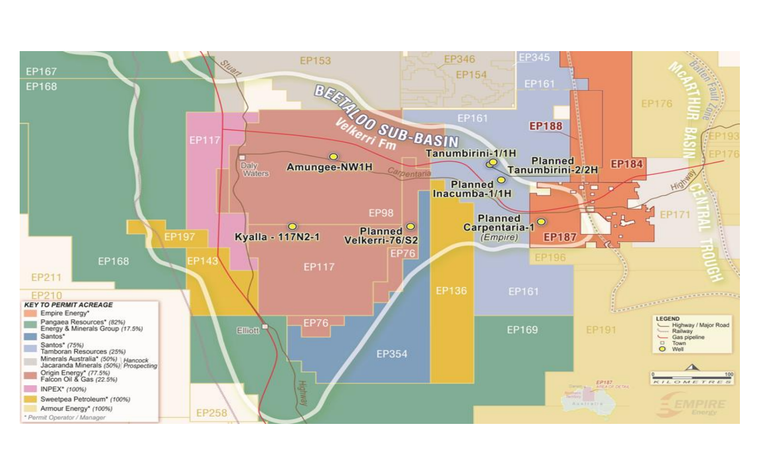 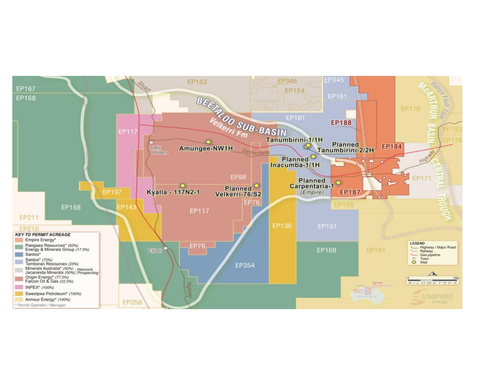 In the quarter independent certifiers Netherland Sewell and Associates gave its permit EP187 a best estimate prospective resource of 13.6 trillion cubic feet of gas, with 2.3Tcf in the Velkerri Shale and 14 million barrels of oil equivalent in the Kyalla shale.
Barney Creek, also assessed,  has a best estimate of 11Tcf, but is not being targeted by the well.
It also chose its preferred drilling contractor and ordered long lead items including casing and a wellhead.
This will be only the second unconventional well drilled since the 2018 lifting of the fraccing moratorium.
Origin Energy began the first, Kyalla-117, last year and expects to flow test it later in 2020.
Empire conducted 2D seismic last year.
"Civil construction will commence shortly and we expect to mobilise the rig to site within weeks," managing director Alex Underwood said.
It will announce the contractor once the drilling contract is signed.
Carpentaria-1 will be drilled to a planned depth of 2,900 metres to evaluate both the Velkerri and Kyalla shales. Data acquisition will include what Empire calls "an extensive" suite of wireline log data, the taking of large diameter rotary sidewall cores and Diagnostic Fracture Integrity Testing.
The company submitted its revised Environment Management Plant to the Northern Territory government after the reporting period.
Its remaining US onshore gas assets in Appalachia were hedged at 80% at a price of US$2.50 per million British thermal units, which expires at the end of the year and represents a premium over current Henry Hub prices. However it said "continued low gas prices arising from the impact of COVID-19 on the US economy have been detrimental to financial performance."
Second quarter US EBITDA was s loss of US$92,000, compared to a first quarter loss of $31,000.
It has cash of US$7.1 million, with A$9 million held in Australian dollars and the remainder in US currency.
It received US$552,600 from the US government as part of its Coronavirus Aid, Relief and Economic Security Act under its Paycheck Protection Program.
Its shares rose to 31.5c Friday when its quarterly was released. Shares are worth 30c today.

Gearing up for awaited Beetaloo spud 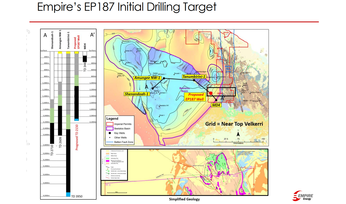 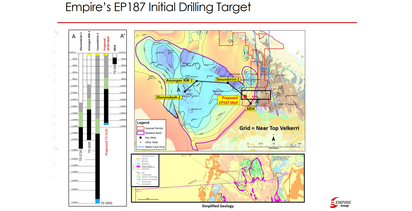