GR Engineering says its investment in Upstream Production Solutions is providing an unprecedented contribution to the consolidated group’s financial performance, with revenue of $68.9 million last fiscal year, up from $37.7 million a year earlier. The diversified engineering firm, which purchased Upstream PS several years ago, said 2016-17 had been marked by overall strong levels of contracting activity, resulting in the group achieving revenue of $238.7 million and net profit after tax of $12.9 million.
GR maintained its revenue performance through its traditional design and construction activity and by increased operations and maintenance contributions from Upstream PS, and it continues to bring in new work.
GR managing director Geoff Jones said the group had seen historically high levels of activity performed within a highly competitive landscape, having been able to deliver technically demanding projects such as the Nova nickel project in Australia and Hellas Phase II gold project in Greece.
He said Upstream PS had also demonstrated its "highly scalable nature" with a step-change in its earnings profile with the benefit of multi-year operations and maintenance services awards.
While the company has suffered a blow to its confidence with issues around Wolf Minerals' Hemerdon tungsten-tin project in the UK, Jones said the wider company had proven its standing as a process engineering design and construction contractor.
While the company has opted to suspend its dividend policy as part of a capital management plan until Wolf's call on a performance bond is resolved, Jones said he was otherwise pleased with the company's outlook.
Earnings before tax were $16.9 million, reflecting an increasingly competitive landscape for the supply of process engineering, design and construction services and continued market trends towards the pricing of risk in fixed price contracting.
Yet Jones said the company was well placed to outperform in the current environment by drawing on its "technical grounding and strong local supply network, which it considers will continue to be favourably viewed by project developers and their various stakeholders in seeking certainty, quality and proven capability".
"The company enters 2017-18 with the benefit of a strong order book and opportunity pipeline across its business operations," Jones said.
Upstream PS is primarily focused on Western Australia and Queensland, but in May opened as new office in South Australia.
It also has a contract in Victoria to deliver support to CO2CRC's carbon capture and storage facility on the Otway Basin.
In Queensland, the company has continued to win work in the Bowen-Surat region, while in Western Australia it has contracts with major facilities including AWE's emerging Waitsia project and the offshore Cliff Head facility, both in the Perth Basin.
In March it added a new contract in the Timor Sea to support Eni's Blacktip facilities and the associated Yelcherr gas plant in the Northern Territory. 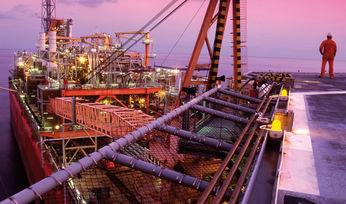 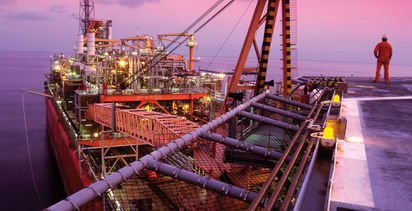 Gupta to spin off renewable assets