AJL remains in the red

AJ LUCAS has again remained in the red as the company grappled with a challenging, changing market and the costs of maintaining its controversial UK shale investments. The company reported an underlying loss before tax of $3.8 million, but after taking into account the cost of its UK investments and other one-off expenses, the company's statutory EBITDA worsened to a loss of $8.7 million, down from $2.8 million last year.
The statutory net loss for the year was $39 million, deeper than last year's loss of $19.5 million, although the company says it expects to see a better year for its Australian options this year, and it continues to hope a turnaround is just over the horizon.
"While the full year results from our Australian operations were disappointing, due to challenging market conditions and the impact of unseasonal rain, both divisions' activity increased during the second half, positioning them for improved performance in fiscal 2018," AJ Lucas chairman Phil Arnall said.
"During the year considerable resources were allocated to business development in both existing and new markets. The drilling division ended the year with a substantially stronger order book and the engineering and construction division won new work and is short-listed for several major contracts."
He said there had finally been progress in the UK with the approval for drill and frac up to four wells at Preston New Road in the Bowland Basin, with the first long-delayed well spudding in mid-August.
"Should the results of the two wells be as anticipated the wells will be connected to the national gas grid by the end of 2018 with gas sold into the market at commercial rates," Arnall said.
The drilling division continued to suffer the challenging conditions in the coal sector, made worse by the conclusion of a major long-term contract, but AJL was able to secure some work in the water, CSG and other adjacent markets that delivered revenue of $10.8 million.
Arnall said there were signs of a recovery in the Bowen Basin coal sector in the second half, however AJL's re-entry into the CSG and water drilling markets met with limited success and the water business posted a loss.
Lower margins in the CSG business also contributed to the overall poor results of the division.
The engineering and construction division suffered a weak first half, but secured two new contracts, using the business' directional drilling and pipeline expertise in Australia and New Zealand, led to a significant improvement in revenue in the second half.
The division is now short-listed for several major pipeline and horizontal directional drilling contracts and it continues to tender on its own for smaller projects.
AJL's oil and gas division, which has for an effective 48% interest in the Bowland shale gas tenements in Lancashire via its direct investment and its stake in Cuadrilla Resources continues to battle legal challenges to its approvals, but it hoping its application to drill at Roseacre Wood will be granted in April.
UK utility Centrica is funding the first two wells.
AJL shares were 24c this morning. 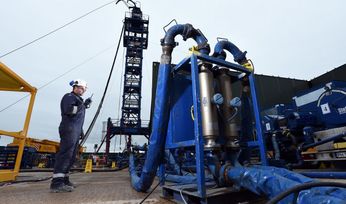 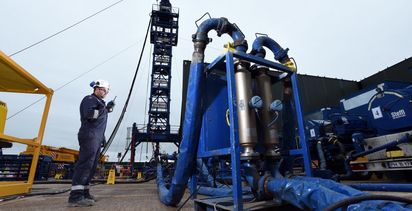 Fraccing a-okay in the UK… for now