A notice on the Australian Securities and Investment Commission website today revealed that the company, which holds a 100% interest in the offshore Q/23P exploration tenement in the Gulf of Carpentaria, was insolvent.

According to the notice, Bruce Gleeson from Jones Partners was appointed administrator on Monday, October 21, under section 436A of the corporations act.

The Sydney-based company is now insolvent, or likely to become insolvent in the short term.

Administrators will hold a meeting of creditors of the company on October 31 at the Jones Partners headquarters in Sydney.

The company boasted its "unique position" in Northern Australia where its permit lied across the Bamaga Basin.

On its website, Gulf Energy said it had identified nine leads within the Bamaga Basin capable of trapping large volumes of oil and gas.

In October last year Gulf Energy contracted DownUnder Geosolutions to reprocess 400km of seismic data over prospect 3195 in the Bamaga Basin in the Q/23P tenement.

Emergency case for Laminaria and Corallina fields set in motion 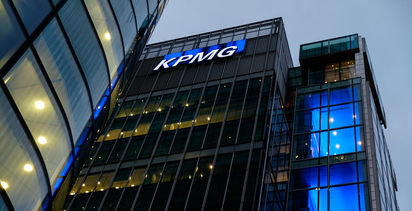 Gas-fired generation up in NEM

Byron signs loan with its pipeliner