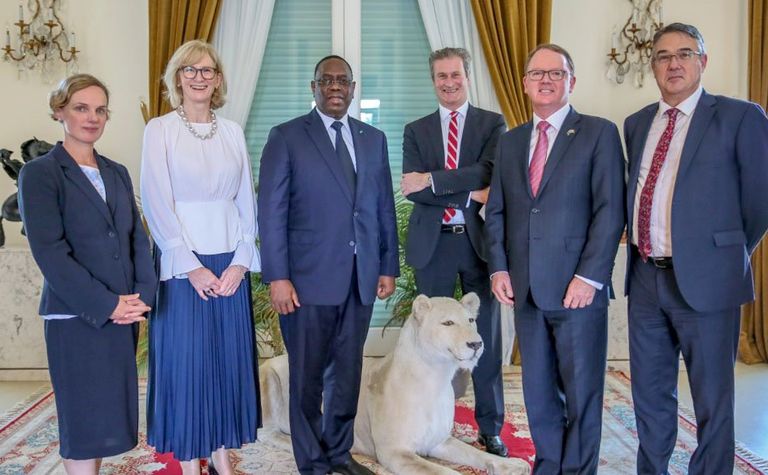 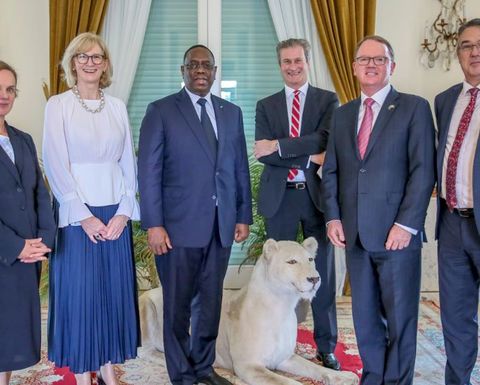 The reserve-based lending facility was approved by Macquarie bank, BNP Paribas and Glencore which will each loan $100 million.
Managing director Cath Norman called it a further endorsement.
It has a seven-year term with a four-year repayment holiday and is priced at a margin of 7.75% over Libor.
FAR said undrawn facility amounts will attract a commitment fee of 40% of the margin. The underwriting is subject to the successful conclusion of pre-placement market soundings.
Over the coming months the company will also select its preferred provider of junior debt and finish other needed funding for the project.
Operator and joint venture partner Woodside Petroleum (35%) announced it had taken final investment decision on the project January 10.
The JV, which includes Cairn Energy (40%) and Senegalese state oiler Petrosen (10%), signed the FID statement at a formal ceremony with Senegal president Macky Sall and minister for petroleum and energy Mouhamadou Makhtar Cisse.
Woodside then issued a full notice to proceed for drilling and subsea construction and installation contracts.
When concluded the company will have raised over US$400 million including its A$146 equity placement and a share purchase plan worth $11.8 million. At its general meeting shareholders voted "overwhelmingly" in favour of the placement FAR said.
It will conclude with the settlement of funds this Thursday and allotment Friday.
With FID FAR has also converted resources to reserves to a total of 28 million barrels of oil on a 2P basis. Phase 1 is anticipated the produce 231MMbbl of oil on a 2P basis.
The project will consist of 23 subsea wells tied back to a floating production storage and offloading vessel and first oil is expected in 2023. The FPSO's design may also allow for later associated gas export to shore.
There is a further 235MMbbl of resources on a 2C basis., 35MMbbl net to FAR.
FAR's net working interest will move to 13.67% on the assumption Petrosen will up its stake from 10% to 18% in the production sharing contract.
Norman said 2020 is shaping up to be a busy year as it also plans to drill a well in the Gambia in the second half of the year.
The Melbourne-headquartered company released its development plan last year and noted the largest change was the move to buy rather than lease an FPSO, adding a substantial whack to all parties' capex.
FAR then was mulling various funding options including farming down its share further, an option it has since dropped.
"We estimate FAR's net share of capex to first phase 1 Sangomar oil is US$500 million," RBC Capital Markets analyst Ben Wilson wrote this morning.
"We have been of the view that FAR would likely target project financing in the range of 60-70% (US$300 million equates to 60%). An additional junior mezzanine financing option has been outlined by FAR for ~US$100m. While details of the junior debt remain uncertain, FAR's proposed preference is for mezzanine financing.
"We think the senior debt secured at 7.75% margin over LIBOR is a positive result with the funding aspect of development gradually being derisked."
RBC sticks with its Outperform rating.
FAR is up 2.32% this morning at 4.4c.