SHELL Australia will commence formal bargaining over a new enterprise agreement (EBA) which will cover a swathe of employee rights including job security, rostering, payrates, and more. Last week a formal ballot was conducted by the Fair Work Commission, asking whether Shell's Australian workforce wanted a formal bargaining process between the unions and Shell.

About 90% of the Australian workforce voted. Of this 80% voted in favour of formal negotiations, meaning Shell's corporate management will need to sit down with the Australian Workers Union, Electrical Trades Union, and the Maritime Union of Australia, to decide new employment conditions for offshore workers.

Shell Australia confirmed to unions it would begin a formal bargaining process shortly.

The oil giant and unions will need to bargain in "good faith."

"Shell confirms a majority of Shell Australia FLNG employees have voted to bargain for an enterprise agreement," a company spokesperson told Energy News.

"We recognise and support the entitlement of all workers to exercise their rights and accept the outcome of this ballot. We will commence the bargaining process, and continue to act fairly, respectfully and transparently with all our people through this process."

One the bargaining process is completed, and a draft enterprise agreement has been made, it will then be submitted to workers for a vote, before being approved by the FWC when it becomes a legally binding contract.

The formal bargaining process comes after months of strikes aboard the Prelude FLNG by maintenance crew and external contractors concerned about working conditions including pay disputes and rostering.

In August, Shell Australia urged its workforce to move to a new fly-in, fly-out, roster which would see FIFO staff work four weeks at a time. The AWU and MUA described it as a "suicide roster" and raised concerns that workers would not see enough of their families.

Shell offered a one-off payment of $50,000 to workers who took up the new roster.

Prior to this, unions raised concerns that Shell was outsourcing work to India instead of offering Australian workers employment.

Throughout the year contractors have also gone on strike at the Prelude facility. These strikes were not directly aimed at Shell but aimed at its key contractors Sodexo and Monadelphous.

Unions fight back saying health and safety at risk 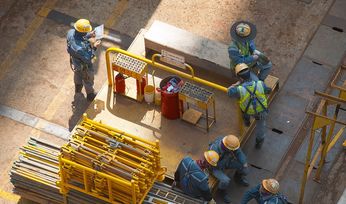 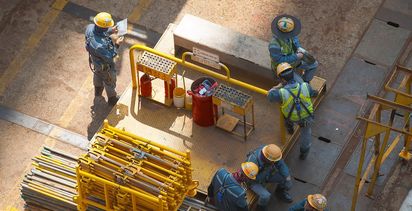 Horizon doubles cash back to shareholders