ESSENTIAL Petroleum is continuing its farmout campaigns in two offshore Otway Basin blocks - the adjacent VIC/P46 and VIC/P50 acreages. The company has also begun reviewing farmin offers in other Otway Basin permits with a view to drilling in 2005. 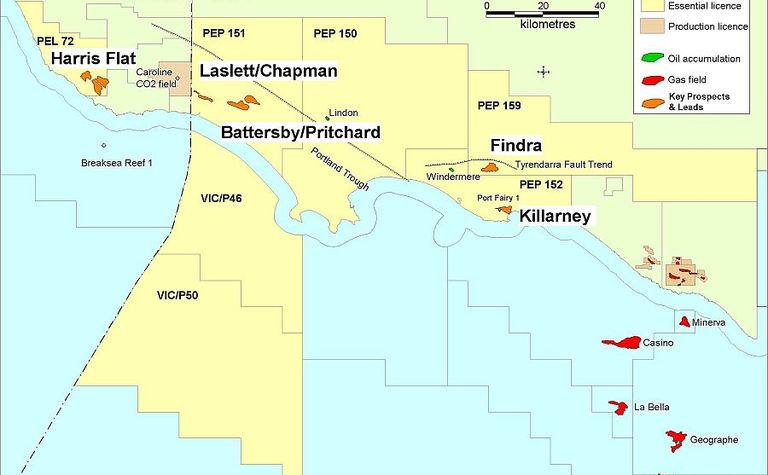 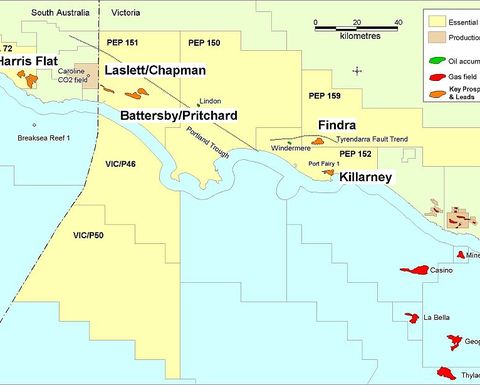 Essential Petroleum conducted a 2D seismic survey in Vic/P46 and Vic/P50 in November.

The seismic was run to provide further detail of the Kepler/Bernoulli trend in VIC/P46 and further detail over the shelf edge including top Cretaceous tilted fault block prospects and the Oligocene low stand fan prospect in VIC/P50.

Processing of seismic should be completed by end of April 2005 and interpretation will begin as soon as the data is received, Essential said.

In November the company farmed out a 17.5% interest in VIC/P46 to Beach Petroleum Limited. Interest holders in VIC/P46 are now: Essential Petroleum Resources Limited (operator) 57.5%, Mittwell Energy 25% and Beach Petroleum 17.5%. The company is still aiming to farm out stakes to other prospective partners.

A well is planned for early 2006 dependent on rig availability. Planning for a 3D survey is also underway with a view to acquiring about 300 to 500 square kilometres of 3D seismic data. This survey depends on the availability of a suitable 3D seismic vessel, most likely towards the end of 2005.

Essential has previously claimed that this permit could contain recoverable gas resource in excess of three trillion cubic feet as well as large petroleum reserves.

Meanwhile in VIC/P50, the turbidite plays are regarded as primarily prospective for oil rather than gas.

In addition to the seismic run late last year, Essential has reprocessed 600km of previous seismic data and has begun interpretating this.

The permit has been extended eight months from 16 September 2004 to 16 May 2005 and will now expire on 16 May 2009. This request was made to allow time to acquire and process the recent seismic survey, which was the Year 2 work program commitment for the permit.