MORE successes are emerging from Tomahawk Energys Oklahoma drilling program, but the company's share price has still not recovered from a sharp drop triggered by an erroneous analysts report.

The company’s eleventh well has encountered hydrocarbons and it has now spudded its twelfth well. It has had no dry holes.

Yet even as it was reporting more successes from Oklahoma, Tomahawk's share price fell from $1.25 on 6 April to 90 cents on 13 April, triggering a price query from the ASX.

The company responded that the fall in share price had fallen as a direct consequence of a series of research notes and valuations published by independent analayst StockAnalysis and written by Peter Strachan. The 6 April report valued Tomahawk at between 35 cents and $1.12 per share when the volume-weighted average share price had been $1.29 in the previous 30 days.

“Some of these errors have been addresssed by StockAnalysis resulting in a new and published valuation [of $1.68 pershare on 8 April] that is substantially higher than the current price. Unfortunately the first report that contained the errors and the lower valuation was published in the media and hence broadcast to a greater audience.”

Then on 11 April Stock Analyis published yet anoter report, this time with a different valuation of $1.05 per share.

“This valuation considered only 55 wells of the 125 wells possible on the acreage and ignored any value to the option the company has to participate in an additional 25,000 acres held by Tomahawk’s operating partner,” Tomahawk told the ASX.

“In light of these circumstances and errors contained in the reports, it is the company’s view that the reports are without credibility and do not reflect the value of the company, its operations and the potential of exploration acreage.”

But the damage has been done and Tomahawk’s share price hovers around the 90 cent mark, well down from the heights achieved before StockAnalysts released their reports on the company.

Meanwhile the third well in 2005 drilling program and the eleventh to date, the Longview 1-17, has reached total depth of 3,858 feet and has encountered gas shows in a number of the secondary objectives and had significant gas shows in the primary objectives, the Mississippian Caney and Woodford Shales.

Whilet the number of secondary formations encountered in this well were less than other Wells, gas kicks of up to 4,800 units have been returned from the Canney Shale during drilling.

“This is more than double the maximum units encountered in any of the previous 10 wells and augurs well for successful completion and bringing the Caney Shale into production of the well,” Tomahawk said.

Electric logging has begun to evaluate the significance of the hydrocarbon shows and the results are expected to be released next week.

The twelfth well to be drilled, the Longview 2-17, has been spudded and is expected to reach total depth of about 3,950 feet within the next two weeks.

Although all other wells are named Snell Heirs and these wells are named Longview they are all in the same vicinity as the names refer to the lease owner rather than location. 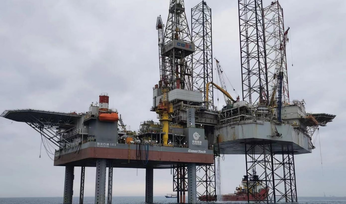 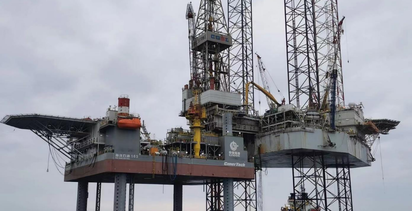