A MONTH after listing on the Australian Stock Exchange, petroleum explorer Sundance Energy Australia Ltd has started drilling its first US gas exploration well  the first in a six-to-eight well program Sundance expects to complete in the US by the end of the year.

Sundance will have a 55% working interest in the OL Hill A23-12 well near Gerty, Oklahoma.

“We view our US properties as the lower risk value drivers in our global drilling program,” said managing director Jayme McCoy.

“OL Hill is the beginning of a continuous drilling program in the US designed to create the foundational economic base to allow Sundance to diversify into other US and international plays,” McCoy said.

The well will be drilled over 18 days to a total depth of 1,800 metres. Up to 12 potential horizons will be evaluated, including the Booch, Gilcrease, Hartshorne, Wapanucka, Union Valley Limestone, Jefferson and Cromwell Sandstones and the Caney, Woodford and Hunton shales.

“However, Sundance views all of the identified horizons as prospective given that the acreage surrounding the prospect has had either production, offsetting production, or oil and gas shows from these horizons.”

Sundance’s maiden well was Kitson-1 in PEL 88 in South Australia’s Cooper Basin, which spudded on 18 May and is still being drilled.

Sundance listed on the ASX on 28 April at a 3 cent premium to its 20 cent issue price after an oversubscribed A$7.75 million capital raising for its US and Cooper Basin oil and gas exploration assets. 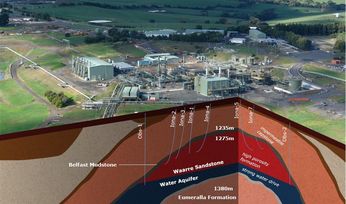 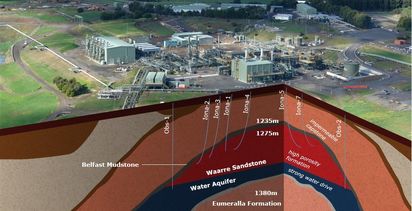