Another Gulf of Thailand duster for Horizon

HORIZON Oil and its partners in the Gulf of Thailand Bussabong gas field have had a second disappointment. Their latest well indicates there is unlikely to be enough proven gas in the northern part of the field for a development project.

The second well bore to be drilled from the B-6 surface location on Bussabong field, the B-6D well, reached a total depth of 3252 metres. Preliminary evaluation of the B-6D well indicates a number of gas-bearing intervals, some being likely gas pay zones and others bearing apparently low saturation (non-commercial) gas, acccording to Horizon.

The bottomhole location was 1,870 m southwest of the B-6A appraisal well, which was recently drilled and plugged back after failing to encounter commercial gas.

The forward plan is to move the Ensco-57 jack-up rig nine kilometres south to the planned B-8 location and drill at least one well, the B-8B location, to evaluate the southern part of Bussabong. The B-8B well should reach total depth during next week.

The longer term plan is to explore for large scale gas reserves in the southern Gulf of Thailand in a defined area of mutual interest which offsets the Bussabong Block.

The interests will be earned from the operator, a subsidiary of Pearl Energy Ltd, a leading South East Asian exploration and production company. The farminees will partially funding Pearl's share of costs from a forthcoming gas exploitation drilling program. 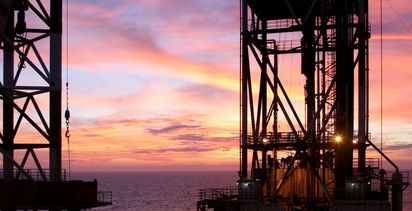