A CHANCE to break into the lucrative Californian gas market is fuelling the Australian Stock Exchange listing of a company that has former Richmond Football Club CEO Jim Malone on its board.

Livingstone Petroleum is seeking $3 million from a 15 million share offer to fund its commitments to the Forbes Project that it shares 50-50 with Orchard Petroleum. The offer represents 29% of Livingstone’s issued capital.

It expects to start trading its shares on the ASX on September 14.

To buy 50% of the project Livingstone committed to pay Orchard $US830,000 and contribute two thirds towards the costs of the next three wells drilled on the project.

Those wells are estimated to cost $US2.7 million to drill and complete and, according to the prospectus, Livingstone’s share will be $US1.8 million.

Rosenthal is also a technical adviser to Livingstone. He was head of exploration for Novus Petroleum and an adviser to BP’s chief geophysicist, chief geologist and general manager worldwide exploration.

According to the prospectus the Forbes project is located in the Sacramento basin and contains 25 separate oil and gas leases covering about 6000 hectares. Orchard is the project’s operator.

The Forbes sandstones have been producing natural gas since 1934. The area the project is located within is a major proven gas province.

The prospectus says the drilling in the Forbes is relatively shallow, low cost and straightforward.

Nahabedian has mapped more than 500 possible well locations in the project area and is providing the project with seismic surveys of the area.

Nahabedian has a track record of working with Australian petroleum companies in California. It operates projects in partnership with Nuenco and Orchard Petroleum. It also recently signed a deal with ASX-listed Pacrim Energy.

According to the prospectus, the project area is covered by three separate 3D seismic surveys that would cost more than $US5 million to undertake today.

Burton is also a director of Golden Gate Petroleum and Mirabela Nickel. Fry is a non-executive director of Precious Metals Australia and, until recently, managing director of Churchill Capital. 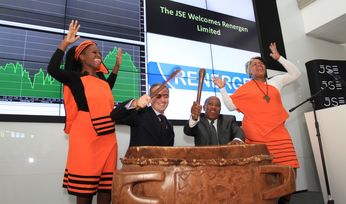 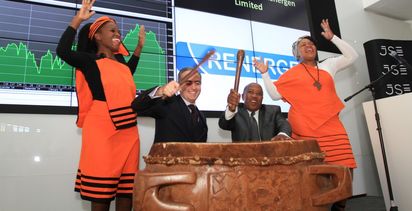 Woodside applies for US listing