Wake up from your pipe dream, Alan

First came his effort to resurrect the memory of the jailbird ex-Premier, Brian Burke. Then came talk of reviving something even older, the trans-Australia gas pipeline of the late R.F.X. Connor – a grand plan which Slugcatcher loves but never expects to see in his lifetime.

On Burke, the less said the better. The Slug’s principal observation is that talking up the credentials of a man who has done time for dodgy deals is not particularly smart, especially as every word of praise helps boost Burke’s business as a backroom lobbyist.

A second thought is that Burke hardly needs a leg up from Carpenter because he’s probably earning a lot more now than he ever did as Premier.

Connor’s vision, however, is a different matter and something that The Slug feels very comfortable with, and a subject on which young Alan ought to do a lot more homework before making a bigger fool of himself than he has with his Burke agenda.

The trouble with Connor’s plan is not technical. Anyone can build a pipeline. The problem is financial, and that boils down to this simple question: who pays more for gas, customers in the U.S. and Japan, or customers in Sydney and Melbourne?

It’s not rocket science to know that the margin on exported gas is about five-times that of domestic gas.

The next question is: what’s in the best interests of Carpenter’s home state, selling cheap gas on the other side of Australia, or maximising investments, jobs and profits in WA?

Golly, even a dumb politician can answer that one.

The Slug, as you can tell is a little hot about Connor’s pipe dream. Way back in the early 1970s when the late R.F.X. first floated the concept it was all about “hijacking” the gas on the west coast of Australia for the voters of Sydney and Melbourne.

In reality, the plan was nothing more than a variation on the beer and circuses approach to politics first seen in Rome sometime before the birth of Christ. It was along these lines: give the people cheap booze and entertainment and they will remain placid. The Connor variation was to give them cheap gas.

Carpenter, a former journalist and by definition a person not known to understand the detail of an argument (trust The Slug on this one, he came from the same mould), seems to think that he has a duty to the rest of Australia.

As EnergyReview.net reported him saying last week: “We need to look at ways of securing benefit for the Australian economy well into the future” – and then off he went on the old Conner argument about 80% of the national population being on the east coast and 80% of the gas being on the west... etc etc etc, precisely what R.F.X. said when Alan was still at school.

The Slug’s advice to WA’s new Premier is delivered in two words: “wake up”.

First, Burke is damaged goods. Leave him alone to make a pile of money, it’s what makes him happiest anyway.

Second, put Connor’s trans-Australian pipeline back in the dusty old box in which you found it. It might make engineering sense, it might even be good for people in Sydney and Melbourne, but it’s nothing but bad news for the people of WA.

Think for a second, Alan. Once the pipeline is built, how many people in WA does it take to run a pipeline to Moomba? Apart from repair crews, the correct answer is nil, zero, or none. It can all be done from head office in Melbourne on a laptop computer.

Now ask the same question of a liquefaction plant which is preparing gas for export. The correct answer to this brain teaser is hundreds, with thousands of “multiplier” jobs for contractors and service providers.

The world has moved on Alan. Pipelines represent low-value gas and no jobs. Liquefaction and export represents high-value and lots of jobs.

Won't know what works until we try it 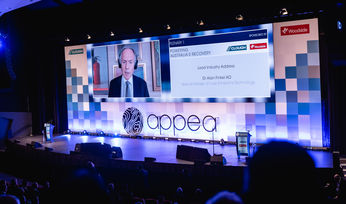