THE Downlands-4 well in Queenslands Surat Basin has reached its target total depth of 1873m in the basement, operator Mosaic Oil says.

The Sydney-based company today said interpretation of wireline logs in the well indicated about 4m of net gas pay in the interval from 1836-1841m in the primary Tinowon Sandstone target.

“Gas shows of up to 368 units and 5-10% yellow white fluorescence with milky blue white cut were recorded while drilling through this interval,” Mosaic said.

“Wireline logs also show that the Tinowon Sandstone is approximately 5m updip from the Downlands-2 and Downlands East-1 producing wells, which are located 1.6km to the southwest and 1.1km to the east respectively from Downlands-4.”

Mosaic said based on similarities with other producing wells in the area, the well will not be flow tested.

“The forward plan is to run 5½-inch production casing and suspend the well as a future Tinowon Sandstone gas producer,” it said.

The rig will be released to Sunshine Gas as part of the rig-sharing agreement between Mosaic, Ausam and Sunshine Gas.

Downlands-4, in which Santos and Ausam Resources have a stake, is the first well in Ausam’s PL 119 and ATP 471P Bainbilla Block farm-in Stage 1 program and is targeting the Permian Tinowon Sandstone gas reservoir.

Ausam will fund the first $1.5 million of the Downlands-4 well before contributing pro-rated interest for any additional costs.

Downlands-4 will be completed for production by Ensign Workover Rig 5 in the next four weeks. 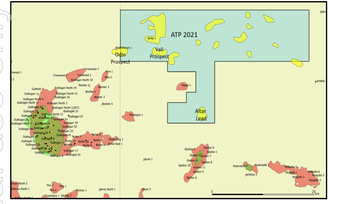 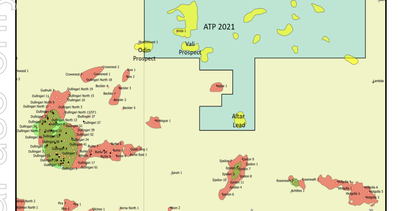