THAI Nippon Steel will supply the platform and topsides module for the $NZ980 million ($A870 million) offshore Taranaki Kupe gas-condensate project during the first quarter of next year, Origin Energy told the 2006 Gas Summit conference yesterday in Wellington, New Zealand. 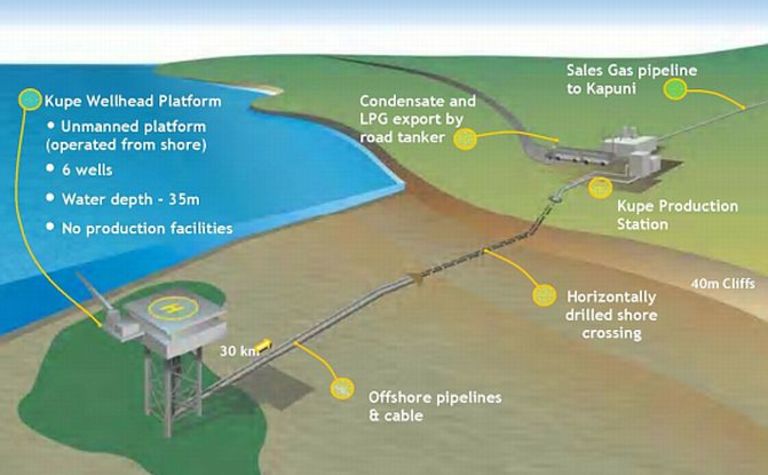 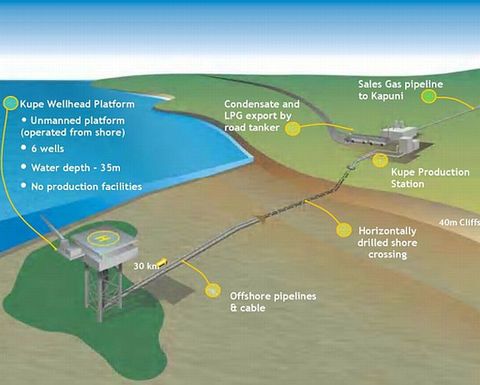 Three discovery wells have already been drilled in the Kupe Central Field Area, with successful flows indicating a strong resource. The partners have said development drilling at Kupe would be underway from mid-2007, with three production wells to be drilled mid-year and another three to be drilled during a later phase.

Thai Nippon Steel had already started building the Kupe platform’s 50m-high jacket and 375-tonne topsides module, and both components were due to be transported to Taranaki early next year.

The jacket – with six well slots and conductors, four of which would be installed through the jacket’s legs – would be installed in about 30m of water by the Ensco jack-up. Rig 107 would also install the four-storey topsides module, which would usually be unmanned and operated remotely from the south Taranaki shore.

A 30km-long single products pipeline to shore would be trenched, and a horizontal directional drilling (HDD) crossing would go under the bed of the Tasman Sea about 3km from shore and under 40m-high cliffs, before emerging onshore and being tied-in to the purpose-built onshore production station.

First site works had started for that production station, along with various consenting processes, and community and Maori liaison, although first gas was not expected until mid-2009.

Stock said the onshore production station would process up to 70 terajoules per day of gas, together with about 30t of liquefied petroleum gas and up to 5000 barrels of condensate.

At present, it was planned that the condensate and LPG would be transported by road tankers north to Port Taranaki, New Plymouth, for domestic distribution or export.

But the partners were also considering onshore pipelines to the Omata tank farm near the port.

Gas would be piped to the Kapuni gas treatment station for later injection into the North Island high-pressure pipeline reticulation system.

Gas and power retailer Genesis Energy, a partner in Kupe, has rights to Origin’s and its own gas, which together account for 81% of field production.

Stock said the Ensco rig would take about six months to drill the three definite wells, with an option to drill up to three others for the Kupe partners or other joint ventures.

Operator Origin Energy had recently formed an alliance with Technip Oceania as lead contractor and was also using the specialist Apache reel vessel during the northern hemisphere winter of 2007-08 to lay the DN 300 offshore pipeline and umbilical. The vessel would then return to Europe in early 2008.

Total P50 reserves from the central field area of Kupe were 254 petajoules of gas, 14.7 million barrels of condensate and about 1 million tonnes of LPG.

Stock said New Zealand’s annual gas production, currently about 153PJ, would climb to more than 220PJ in 2008, largely thanks to the recently commissioned first phase of the more northern Pohokura gas-condensate project.

But the country’s gas production was scheduled to plunge below 150PJ per annum by 2012, despite Kupe gas coming onstream by mid-2009.

Origin had built a diversified New Zealand exploration portfolio, with Kupe and large permits off Taranaki, Northland and Canterbury, and was optimistic about its chances of finding more fields as much of New Zealand is “severely under-explored”, according to Stock.

The 2006 Gas Summit is organised and hosted by Conferenz. 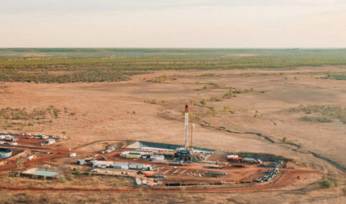 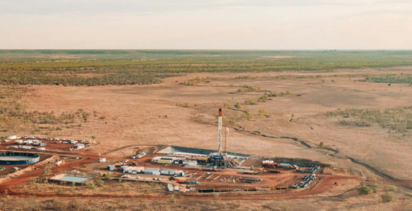