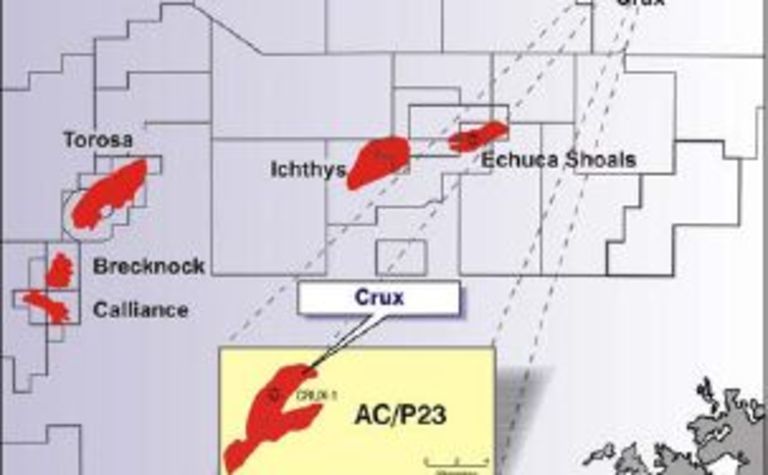 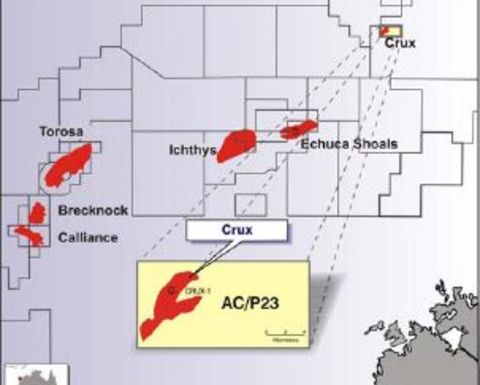 The company said it is preparing to sidetrack the Crux-2 appraisal well, which reached total depth of 3926m on Friday, after completing wireline logging.

“Pressure data obtained by wireline formation testing has confirmed that these sands are in communication with the reservoir sands seen 2km away in Crux-1,” Nexus said.

“This confirms that the gas accumulation encountered in Crux-1 extends to the Crux-2 area.”

Nexus said the well will now be sidetracked to a location about midway between Crux-1 and 2 and the sidetrack is expected to intersect a similar reservoir sequence to that seen in Crux-1.

“It is intended that the Crux-2 sidetrack well will be suspended as a future production or injection well,” the company said.

Crux-2 was designed to test the northeastern extent of the Crux gas/condensate field to test an upside scenario and expand the volume of known hydrocarbon resources to the interpreted limit of the field.

Nexus wholly owns Crux. But the company has sold the rights to the gas (excluding condensate) in the field to Shell for $US40 million ($A51.3 million). The gas sales agreement provides for Nexus to be able to execute a condensate recycle project until December 31, 2020, at which time Shell will take ownership of the permit and will be able to extract the gas and any remaining condensate.

Nexus has previously said it expected to sanction the project by mid-year, with first condensate being produced during the third quarter of 2009.