But Tweedie said this morning that Todd believed such technologies were still a long way from being ready.

“We believe there are more important, more immediate things that can be done at Kapuni, such as compression,” he said.

Shell and Todd jointly hold Kapuni and have been producing it from since 1969.

Crown Minerals says Kapuni production was as high as 80-90 billion cubic feet (Bcf) per annum several decades ago and 50-70Bcf per annum during the 1990s. But today is only about 26-30Bcf per year.

However, ultimate recovery from Kapuni, on a P50 basis, was forecast at 1.4 trillion cubic feet (Tcf) of gas, and the field has already produced more than 1.6Tcf of gas.

Tweedie said compressors would help maintain reservoir pressures at Kapuni, which would optimise use of the three-train processing plant operated by Vector subsidiary NGC next door to the STOS plant at Kapuni.

NGC has an entitlement to 50% of all Kapuni gas and Todd and Shell separately sell their other respective 25% shares.

Meanwhile, Tweedie would not comment on rumours that the recently drilled onshore Taranaki Mangahewa-3 well had been a success and that further appraisal wells were now planned.

“The well has not been plugged and abandoned and the Parker Drilling Rig 246 rig is moving from the site,” was all he would say.

Crown Minerals estimates there are only about 32Bcf of gas left in the once 101Bcf field and Tweedie has said it is possible a full appraisal drilling program could add an additional 250Bcf of reserves.

Mangahewa and Greymouth Petroleum’s nearby Turangi gas-condensate find both produce from the Mangahewa sands within the Eocene-aged Kapuni Formation. Some industry sources say the fields could be linked and subject to a unitisation process. 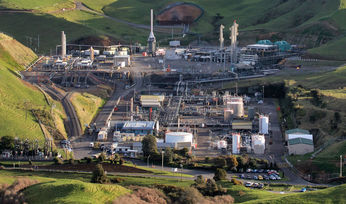 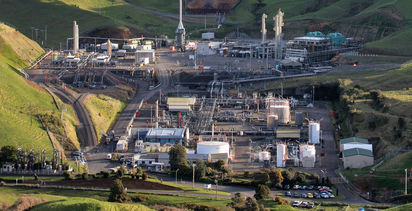