Adelaide oil and gas producer Santos Ltd has until the end of this month to make a decision on whether it takes a direct equity stake in the Tassie Shoal methanol project to be located in the Timor Sea.

Its option to acquire a stake in the $2 billion offshore methanol plant to be built by Methanol Australia - Santos has a 17% interest in the company - is set to expire on 31 July.

Methanol Australia plans to build the methanol plant on a large concrete barge anchored on the shoal with first production scheduled for 2006, though many in the market believe that Santos view this as being a little optimistic.

The public exhibition of the Tassie Shoal environmental impact statement is due to conclude on 15 July. The EIS seeks approval to build and operate two 5000 tonne-a-day methanol plants on the shoal.

The likelihood of Santos moving into mid-stream processing is certainly higher after the company this week announced it will take over the operatorship of the 6.6 trillion cubic feet Evans Shoal field (NT/P 48), which located just 5km from Tassie Shoal.

"Commercialisation of the Evans Shoal gas resource, which will be undertaken jointly with Shell and Osaka Gas, would contribute towards Santos' gas strategy of diversification through increased exposure to overseas and international gas markets," Santos said.

Unlike some other parts of the Timor Sea, Evans Shoal lies entirely within Australian waters and isn't subject to East Timor tax issues involving the Zone of Co-operation with that country. It will also be the second field in the Timor Sea to be operated by Santos with the other being the 1.2 tcf Petrel/Tern field.

Santos also has an interest in the Bayu-Undan LNG project (Santos 11.8%), which plans to produce LNG after the liquids stripping project comes on stream in the first quarter of 2004.

Lack of gas supply pushed manufacturing out of NZ 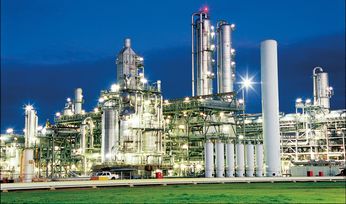 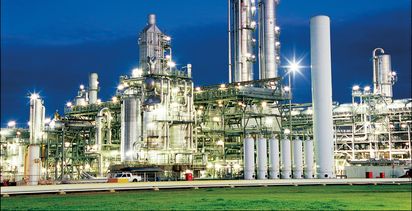