SAMSON Oil & Gas' board has been refreshed after most of the existing directors elected to fall on their swords ahead of yesterday's spill meeting.

The company faced votes of more than 25% at its 2014 and 2015 annual general meetings, with shareholders unhappy with the remuneration reports over the past few years, and the overall performance of the company and its directors.

Deciding not to stand in front of shareholders for re-election were chairman Dr Victor Rudenno, a director since 2007; US resident director Dr DeAnn Craig; and recently appointed director Neil Fearis.

Rudenno and Dr Craig saw the writing on the wall and announced they would not put themselves to the test in December, and Fearis decided to join them in walking away.

Hill and Channon received 432 million votes for their appointment and around 45 million votes against, while Rakich, Samson's company secretary for 17 years, secured 426 million shares in his favour.

For Skipper, another veteran geologist who is also a director of UIL Energy, history repeated as some 360 million shares voted him down.

Samson has some 2.8 billion shares in the market.

The company is primarily run out of the US by managing director Terry Barr, who has been at the helm for more than a decade, and he was exempt from the vote.

The company, which is in breach of its debt to EBITDAX and interest coverage ratio covenants, has almost $19 million in debts and has posted losses for the last several quarters despite growing oil production.

At the end of the September quarter it had $2 million in cash.

Samson's major US oil projects are focused on the Bakken, Niobrara, Permian and Pennsylvanian plays in Wyoming, Texas and North Dakota, although it recently secured a contract for 51,000 net acres in North Dakota's Williston Basin.

The leases have 720bopd of production from 41 wells into zones above the Bakken Shale and were assessed as having a net present value of $84.9 million in October for the proven 8.5MMbbl and 6Bcf of gas, however the fall in the oil price probably means the properties are now worth around $50 million.

To close the purchase by February 1 Samson needs to find $16.5 million, which means its bank needs to allow it to use all of its $50 million debt facility.

If successful Samson says there are 17 wells that can be fracced to access 413,000bbl.

Samson, which has seen its shares on a downward slide for almost two years, was this morning trading at $0.004, a 10-year low. 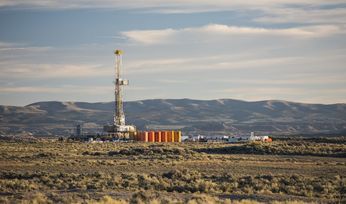 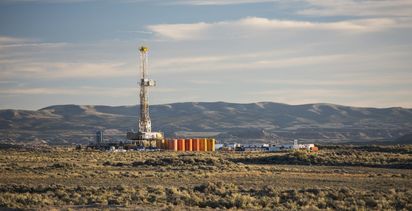 Finally, FAR-out, Norman pushed off board

Morrison will go to COP26