THE Australian Energy Market Operator’s gas outlook has highlighted that south-and-east-coast markets are on the cusp of transformation, as the energy transition ramps up, modelling the use of hydrogen in the gas system for the first time. 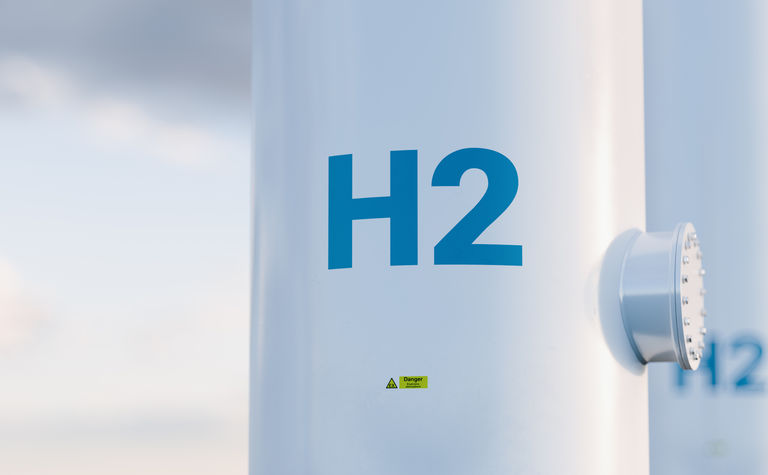 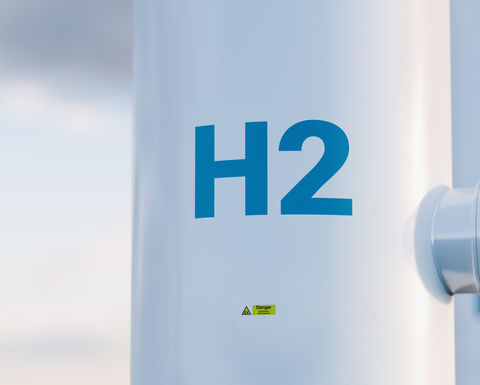 Models a hydrogen scenario for the first time

The 2021 Gas Statement of Opportunities notes industrial demand is not forecast to grow in the next 20 years and could potentially reduce significantly as industrial users start to decarbonise.

AEMO said industrial users indicated their demand is unlikely to increase, even if prices fall, however the operator said it did not model the potential impact of sustained lower prices on new manufacturing demand.

While it said the volume of gas consumed for generating electricity fell across all modelled scenarios, the value of that generation would increase as coal power stations retire and renewables expand.

"This report recognises the potential of electrification, fuel switching to hydrogen, the Australian Government's vision for a gas-fired recovery and LNG imports to all influence investment opportunities in the gas sector."

Falcon added that investments to address forecast supply gaps in the second half of the 2020's needed to consider the transformation underway and be adaptable to manage changes in gas consumption.

Under AEMO's Central scenario, residential and commercial gas consumption falls from 194 petajoules per year to 190PJ/year over the next five years due to energy efficiency measures. Meanwhile industrial consumption holds at 260PJ/year to 2022 before trending down to 250PJ/year by 2026.

The scenario expects hydrogen to replace up to 20% of domestic gas demand by 2040, and green hydrogen consumption would grow beyond that date. In this scenario, the hydrogen is assumed to be produced from grid-connected electrolysers.

Under this scenario, residential and commercial annual gas consumption would rise over the next five years due to assumed stronger economic conditions, but would fall over the following decade as hydrogen blending, combined with stronger energy efficiency and fuel switching is forecast to relatively flat gas consumption.

On the industrial side hydrogen fuel-switching would occur for ammonia, steel production and oil refineries. Hydrogen blending within the distribution networks for smaller industrial loads may also reduce gas consumption. Overall gas consumption in this scenario could fall by 80PJ by 2040, 31% lower than today's levels. 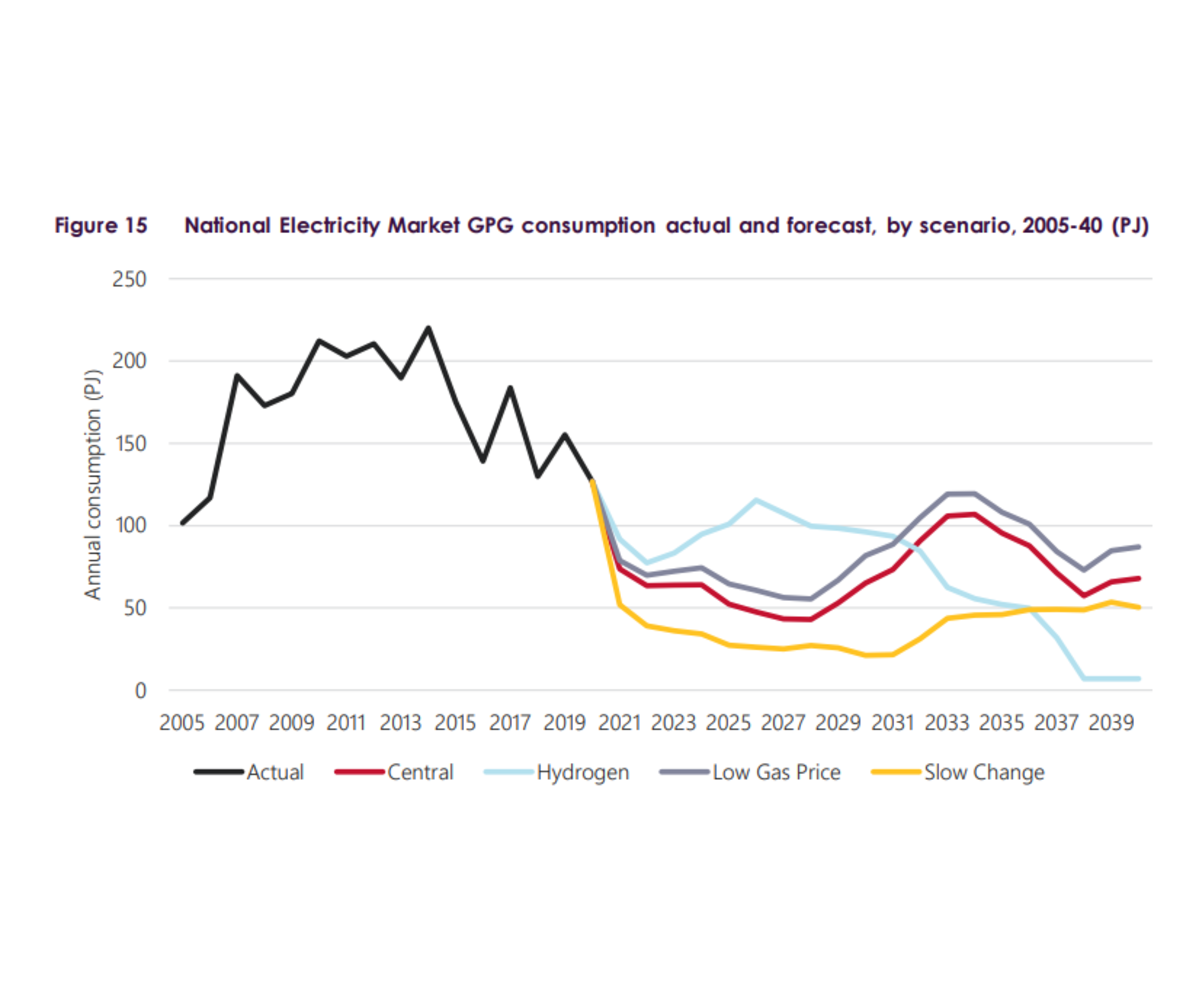 AEMO said the long-term operation of gas-powered generation (GPG) is uncertain and highly dependent on  the timing and speed of renewables deployment and coal-fired generation retirements.

Last year GPG gas consumption stood at 127PJ, around 23% lower than 2019 levels, with AEMO contributing this not just to lower NEM demand due to COVID-19 but also increased renewables penetration.

AEMO expects around 4GW of renewables generation will be added to the NEM by mid-2022, however this is likely to be an underestimate, given that it does not model the investments considered as part of NSW Electricity Roadmap, which it expects to drive further renewables deployment.

Average GPG gas consumption by 2022 is expected to sit at around 64PJ, with AEMO noting investments in electricity transmission infrastructure are forecast to drive further reductions in volume in the medium term, but retiring coal could potentially drive increases in consumption to support transmission. Long term however, major network upgrades are expected to keep GPG annual consumption low.

Under the Hydrogen scenario, gas consumption for GPG would reach zero by 2040, with flexible, grid-connected electrolysers being able to substitute the balancing services from GPG. 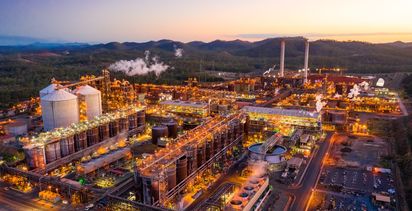