FERTILISER group Yara Pilbara has been accused of greenwashing over its renewable ammonia plant development in the Burrup Peninsula, with conservation groups saying the proposal would exacerbate the damage it is doing to indigenous rock carvings tens-of-thousands-of-years old. 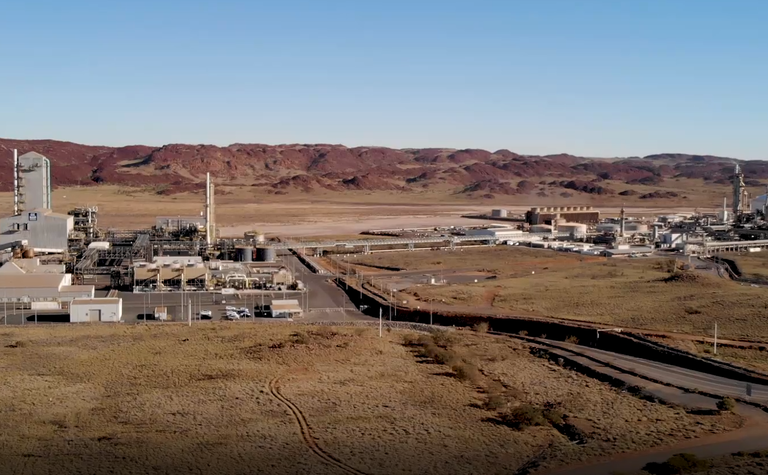 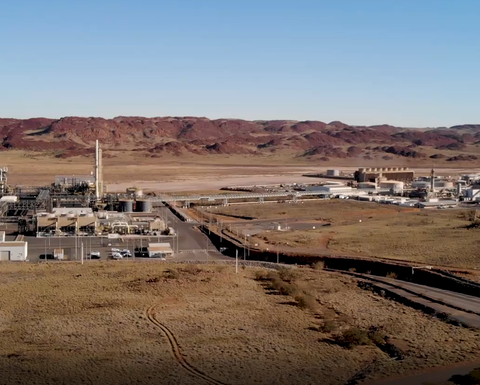 Green hydrogen plant not green enough for some

Yara and its partner Engie intend to convert its existing ammonia plant in Western Australia's north to run off renewable hydrogen, instead of gas, generated from a 10MW electrolyser to power the operations and as a feedstock to create the ammonia for fertiliser.

Conservation groups suggest there is uncertainty of just how much green hydrogen will be added to the plant's existing operations after this week's announcement of funding from the federal government.

An expansion could add to  the harmful chemicals released in the atmosphere that will erode indigenous rock carvings that have been in the region for millenia, they argue.

Yara's plant, close to the North West Shelf LNG export facility, has been looking to green hydrogen development for some time, but these groups believe there is not enough information in its current environmental proposal.

The project has been in the spotlight this week, after it was awarded A$42.5 million from the federal government.

The demonstration phase of the project is currently open for public comment as part of the Western Australia Environmental Protection Authority's review process.

The project has been praised by both state and federal governments as a groundbreaking development for Australia's renewable hydrogen industry.

Yara has told Energy News the Murujuga Aboriginal Corporation, wrote a letter to the EPA in favour of the project. Friends of Australian Rock Art meanwhile are protesting the project.

"Companies should be commended for replacing fossil fuel energy with renewable energy sources such as solar," Friends of Australian Rock Art said.

"However, we are very concerned that the proposal by Yara Pilbara Fertilisers to establish a commercial demonstration pilot plant on Murujuga, using solar-generated electricity to produce hydrogen for ammonia production, will have an unnecessary and substantial impact on the unique petroglyphs of Murujuga.

"As it now stands, this appears to be ‘greenwashing' for a project that will primarily depend on burning natural gas for years into the future."

According to the proposal, the project will be broken up under four phases, with the demonstration phase using up to 18MW of onsite solar to power an electrolyser by 2023 which would generate around 640 tonnes of renewable hydrogen per year.

The demonstration phase of the project would blend up to 3% of its feedstock with green hydrogen which would subsequently be converted into around 30,000 tonnes of ammonia per year and sold for further processing into domestic and international markets.

The chemicals released in the ammonia production process, namely nitrous dioxide and sulphur oxide, raise the pH levels in the atmosphere, increasing its acidity.

A study published in The Journal of Archaeological Science in 2017 found those chemicals and acidity kill off the fungus (or rock patina) that is the medium of the rock art in the Murujuga, or Burrup Peninsula, that have been verified to have been carved up to 50,000 years ago.

Woodside's plans to extend the life of the Karratha gas plant where offshore gas is processed via commercialisation of the Browse gas fields, and to connect the Shelf to an expanded Pluto gas plant fed by the separate Scarborough project have come under fire thanks to similar concerns over the effect on rock art.

The  critics of Yara's green ammonia plant argue that the demonstration phase of the project would mean that 99.5% of the feedstock would continue to use natural gas, and Yara's proposal does not mention a timeline for scaling up to produce more green hydrogen.

Yara's proposal states it aims to scale up its electrolyser to 150-500MW by 2026 and 1GW by 2028, with an additional green ammonia plant being built to expand the renewable share; however, the exact scale and location of the longer-term expansion plans have yet to be determined. 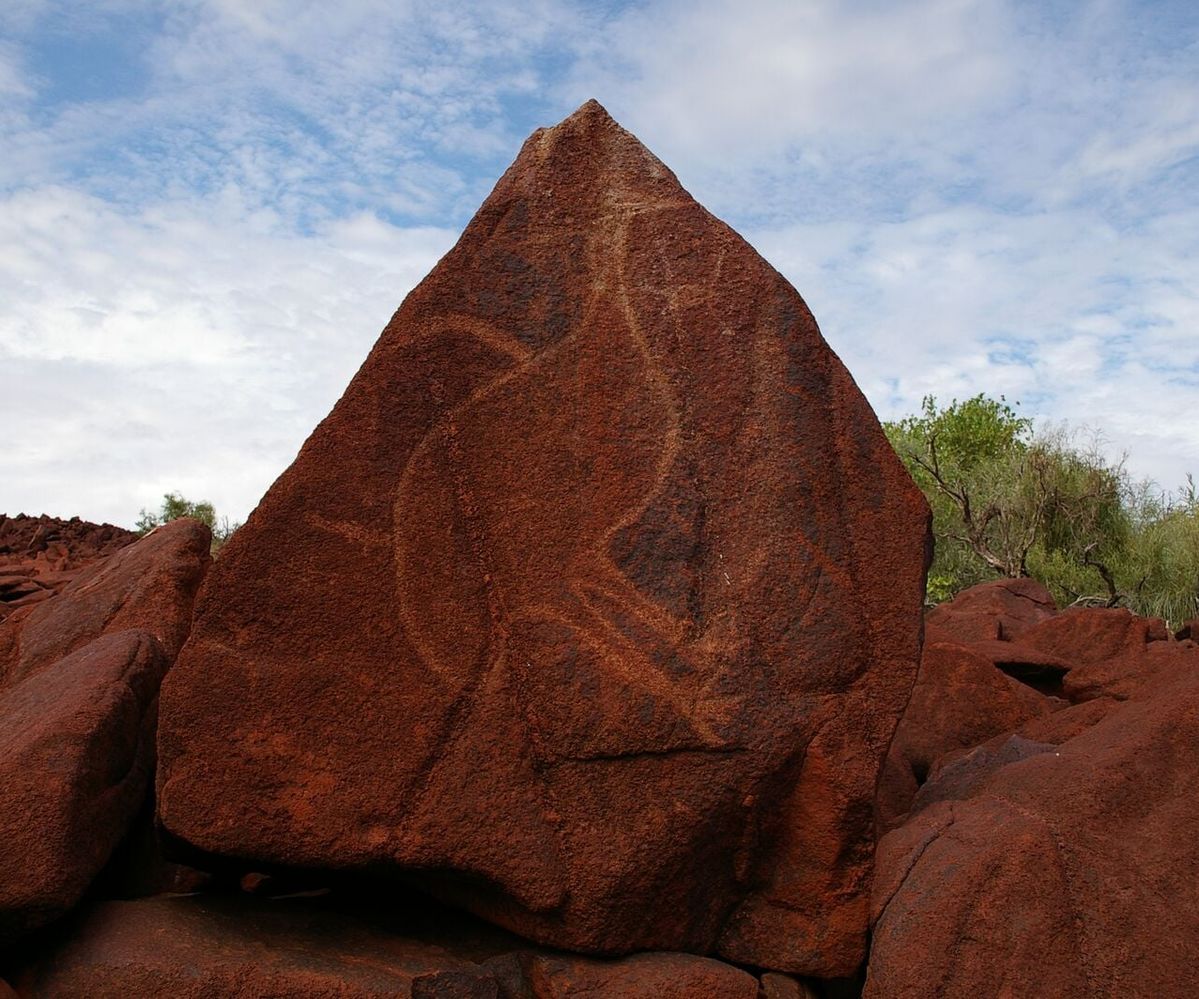 Greens MLC for the Mining and Pastoral region, Robin Chapple, told Energy News his party was a whole-hearted supporter of the renewable hydrogen industry and noted Yara was one of the better operators compared to other companies at the Burrup Hub.

However he said the green hydrogen ammonia plant should be moved off the Burrup peninsula to the pre-approved Maitland Industrial Estate, arguing that once a demonstration phase of the project was built in the Burrup, it was more likely that it would remain and expand there to save costs.

"The World Monuments Fund and International Community of Archaeologists declared many years ago that industry should no longer be going to the Burrup," he said.

He blamed state governments on both sides for allowing what he described as ‘industry creep', saying they did not have the ‘gumption' to stand up to industry.

"The government of the day has been driven by state development; this fawning to industry - it's not corrupt, it's imbecilic, the government has all the power yet they don't want to use it."

He noted Yara generally operates with much stricter environmental standards and protections in other jurisdictions but chose not to in WA due to its more industry-friendly policies.

Yara pointed to local support via MAC's letter to the WA EPA which it said "underlines the strong relationship with traditional owners which has been built over a number of years and, as an example, has been reflected in initiatives such as the ongoing rock art monitoring which has been undertaken by Yara with the involvement of MAC rangers".

The letter states the MAC "enjoys a positive and supportive relationships with Yara Pilbara, and has also had positive engagement with Engie duirng their visits to Murujuga".

Chapple noted Yara's fertiliser plant was just one of the many developments on the Burrup Peninsula that was causing the erosion of the 2 million indigenous rock carvings, as well as LNG and iron-ore transport ships idling in the area.

Industry has become more acutely aware of its impacts on indigenous sites, after Rio Tinto blew up the 50,000 year-old Jukkan gorge last year, leading to its chief executive Jean-Sebastien Jacques to resign.

Last year the International Maritime Organisation set targets to reduce greenhouse gas emissions, including NOx and SOx emissions, from the shipping industry by 50% by 2050.  Last year its rule to cut sulphur content in shipping fuel from 3.5% to 0.5% came into force and has been one of the drivers for Woodside to suggest LNG as a marine fuel and Andrew Forrest's mining company to look to green ammonia as a shipping fuel.

Meanwhile the federal government has lodged a submission for the Burrup Peninsula to be included on Australia's world heritage tentative list, the first formal recognition for the petroglyphs.

Yara's proposal is currently open for public comment and closes on May 10. 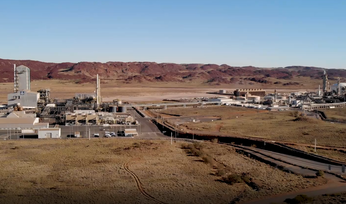 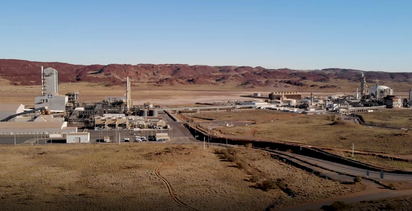 "We need to get moving," Taylor tells packed-H2 forum