FUNDING recipients from the federal government’s Clean Hydrogen Hubs program are expected to be announced in the coming weeks as Western Australia begins planning for a massive hydrogen industrial complex on the Pilbara coastline. 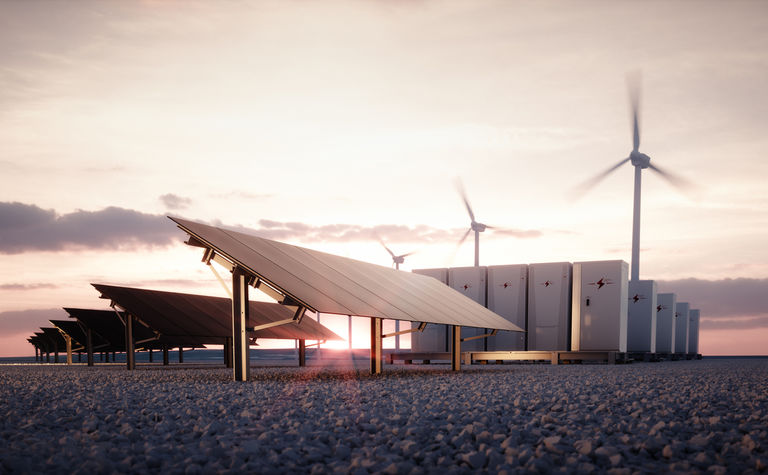 Pilbara coastline to be transformed

The WA government announced in November it would commit A$117.5 million to ramp up development of two hydrogen production hubs - one in Pilbara and the other in the Mid West - while at the same time applying to the federal government's funding round to match its commitment.

Energy, emissions reduction and industry minister Angus Taylor launched the Hydrogen Hub program in September with the aim of de-risking projects and establishing Australia as leader in hydrogen.

A confidential WA Department of Jobs, Tourism, Science and Innovation presentation, first reported by WA Today, shows the breadth of the state government's vision of the Pilbara region becoming a "global centre of hydrogen production, use and export at scale".

The plan sees the region develop hydrogen from five interconnected hubs near ports for export in Ashburton, Maitland, Burrup, Anketell and Port Hedland by 2030.

A roughly 500km stretch between Onslow and Port Hedland would be dedicated to solar farms to power the hubs, alongside what the presentation describes as "export scale wind zones" further inland.

The area would see hydrogen pipelines stretch between the hubs connecting producers to consumers, as well as a CO2 pipeline for sequestration and or use; however, the government has also previously suggested development of an ammonia pipeline, seen as a potential carrier of hydrogen.

As of now the WA government spearheaded by hydrogen minister Alannah MacTiernan has made a point to only invest in green hydrogen, or hydrogen produced via electrolysis powered by renewables, as opposed to blue hydrogen where it is produced using traditional methods with the associated emissions captured and stored - however, the presentation could suggest a change in tack.

A spokesperson for Alannah MacTiernan's office told Energy News that the state government's submission to the feds only includes a hydrogen pipeline and the map shows what "could be feasible in the future".

"The submission refers to the hydrogen pipeline corridor being able to cater for future additional pipelines, including ammonia and CO2 - but a CO2 pipeline is not part of our current funding plan," he said. 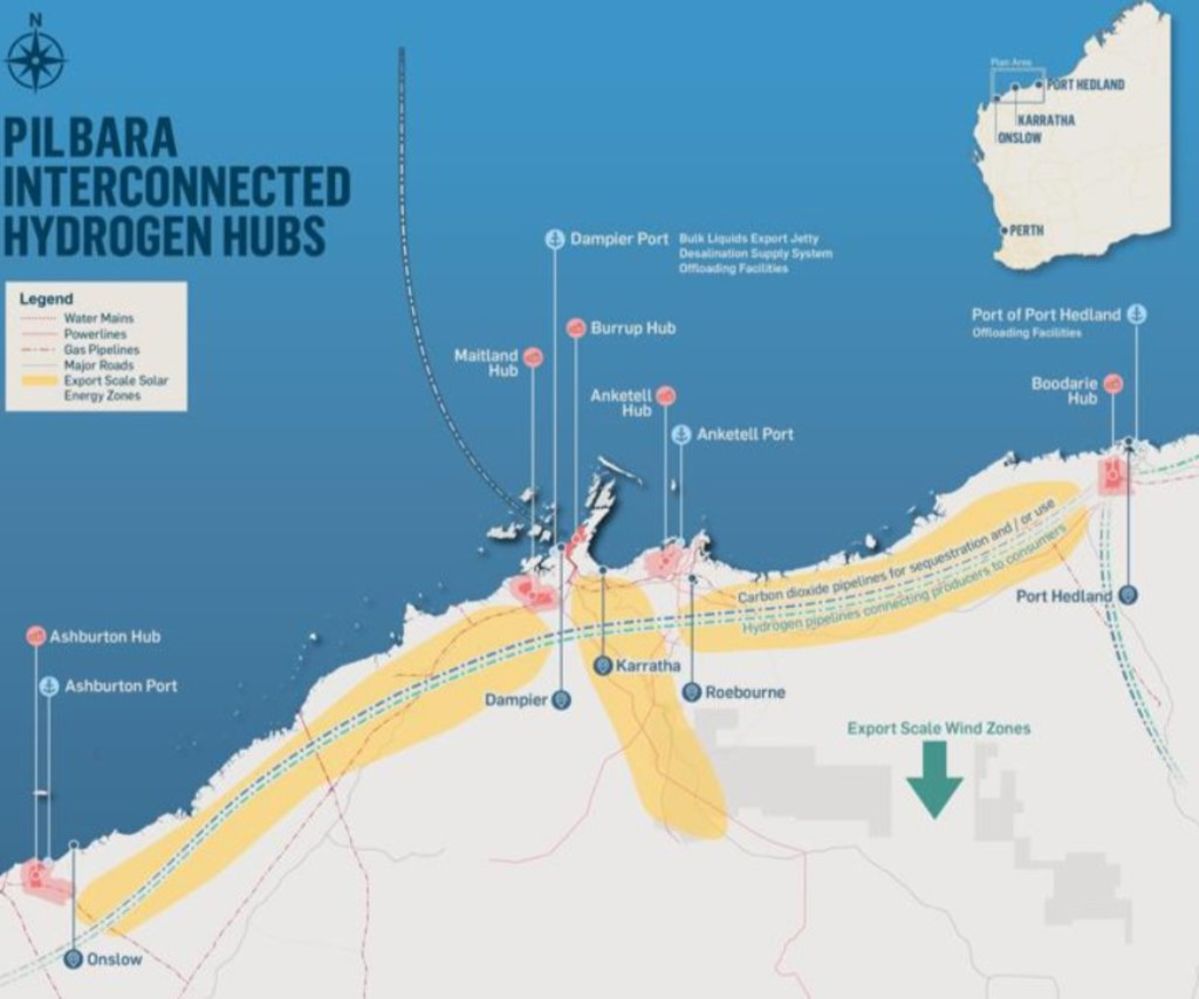 A screenshot from the JTSI presentation. Photo credit: WA Today

Part of the A$117 million the WA government has committed would also go towards a Clean Energy Training and Research Institute to be based out of both Karratha and Port Hedland.

InterContinental is currently developing its US$36 billion Asian Renewable Energy Hub in the region, which would see up to 26GW of wind and solar built to power electrolysers used to produce hydrogen for export.

Today, Fortesuce Future Industries lodged plans with the Environmental Protection Autority to develop a 5.4GW renewable energy hub in the Shire of Ashburton to power its mining operations.

"Western Australia has every advantage to be a world leader in renewable hydrogen, and we are committed to providing the support to make these job-creating projects a reality," WA premier Mark McGowan said in November.

Conservation Council of Western Australia executive director Maggie Wood told Energy News that the government should commit to only funding hydrogen production that is emissions free.

"Any public funding to support so-called grey or blue hydrogen projects, which rely on fossil fuels, is merely delaying the transition to genuine renewable sources of energy and creating more potential revenue for our state's biggest polluters," she said.

Her comments were echoed by Clean State director Olivia Chapman.

"The world is looking for renewables and investing in renewable energy - genuine, clean energy - is the smartest investment choice when it comes to boosting the economy, jobs creation and climate action," she said.

"It is promising to see the federal and state governments recognising, and investing, in the  economic opportunities in renewable energy, but these proposals need a high level of scrutiny to ensure that they are in fact renewable energy projects and not just labelled so."

A Goldman Sachs research note put out on Friday earmarks Australia as a potential key clean hydrogen exporter alongside regions including Latin America and the Middle East and North Africa.

Goldman Sachs sees the rapid increase in the size of announced green hydrogen projects leading to a 40% cost deflation for electrolysers by around 2025, similar to what has been observed with batteries over the last five years.

The firm expects green hydrogen to be at cost parity with grey hydrogen in advantageous areas by 2025 and on parity with diesel in long-haul heavy road transport as early as 2027.

The federal government is expected to announce recipients for the Hydrogen Hub funding in March. 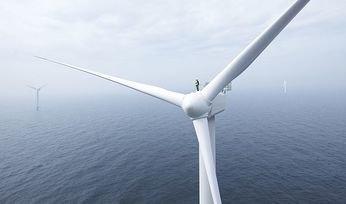 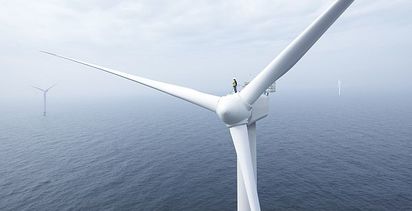