The Gallop Government has awarded the first major contracts for $134 million in common-user infrastructure for the Burrup Peninsula.

The plant eventually will supply 280 million litres of water a day to Burrup Fertilisers' $630 million ammonia project - the world's biggest ammonia plant - when it begins operating in 2005.

As part of the deal, John Holland and Melbourne-based McConnell Dowell will build seawater supply infrastructure to allow for future, large-scale industrial growth on the peninsula.

The desalination plant will be owned and operated by the WA Water Corporation. Construction is scheduled to start next year.

While the Gallop Government is confident its $134 million investment in common-user infrastructure will help transform the Burrup into a gas-processing powerhouse, reports have emerged that one backer of a major project has expressed concern over the high cost of using those facilities.

"Dampier Nitrogen remains concerned as to the high user fees being cited for some portions of the services or infrastructure which is to be provided through this package," said Peter Streader, chief executive of Plenty River Corporation, a 39% stakeholder in Dampier Nitrogen that intends to build a $900 million ammonia-urea project on the Burrup. 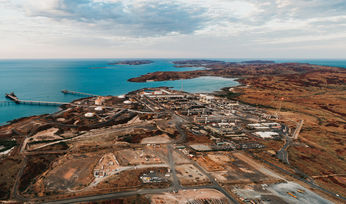 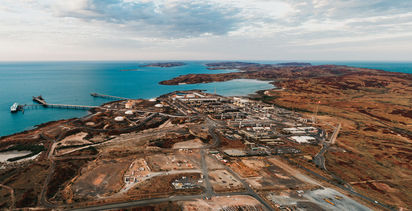