THE failure of the deep Drombeg well in the Porcupine Basin is clearly not the end of the story for the area where Woodside Petroleum and many other of the world’s big fish are pinning their Atlantic Margin hopes, with Total taking up its option to farm-in to 35% of the Druid/Drombeg/Diablo play. 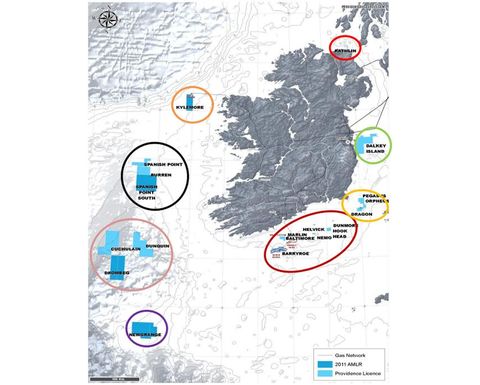 Drombeg, the deepest water exploration well ever drilled offshore Ireland, was plugged and abandoned after none of the prospective zones - the Paleocene Druid and Lower Cretaceous Drombeg - were successful, back in September.
However, there was the possible presence of bitumen in drill cuttings within the Drombeg reservoir interval which may indicate that it received an oil charge which was not retained at the location.
Pre-drill estimates indicated Druid and Drombeg held as much as 3.18 billion barrels and 1.915Bbbl of oil respectively; and while that result meant 64% of the area's pre-drill resource base had effectively evaporated, plenty of hope remains.
Further studies were needed to confirm that interpretation and its implications for the wider prospectivity within FEL 2/14, and it is this hope which Total is likely banking on for the highly prospective region.
Overnight Providence's partner Sosina Exploration announced that Total had elected to exercise its option to farm-in for a 35% interest and operatorship, leaving Sosina with 7% in FEL 2/14.
The other partners are Providence (28%) and Cairn (40%).
Total paid Sosina US$4.05 million for the option to farm in, and to elect to do so the French supermajor will pay Sosina another $1.35 million.
While drilling in the norther summer of 2017 of the 53/6-1 well struck water-bearing reservoirs in both the Drombeg and the Druid prospects, Sosina said overnight that well data was still being analysed to determine possible further prospectivity in the licence, including the underlying pre-Cretaceous Diablo prospect.
Woodside Petroleum CEO Peter Coleman told Energy News at least year's half-year roundtable that his plans to drill a commitment well in the basin would likely be pushed out, saying he has until 2019 to do so.
The Perth oiler had been working towards the Beaufort prospect in Frontier Exploration Licence 5/13, one of three FELs [including 3/14 and 5/14] and one Licensing Option (16/14) covering some 2900sq.km it holds in the Porcupine Basin.
However, Coleman said an earlier disappointment in the area - Cairn Energy's Druid, which was found to be water wet in a zone above the Drombeg Lower Cretaceous deepwater fan target - had no bearing on his decision.
The Barryroe discovery within the nearby SEL 1/11 contains an estimated 1Bboe of oil-in-place (2C) with a recoverable 300MMbbl from the two main tested reservoir intervals. 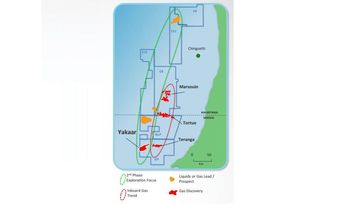 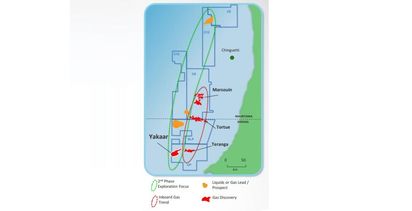