NEW CHINESE investment in Australia’s oil and gas and renewable energy sector has fallen to decade lows, despite a year of record bilateral trade. 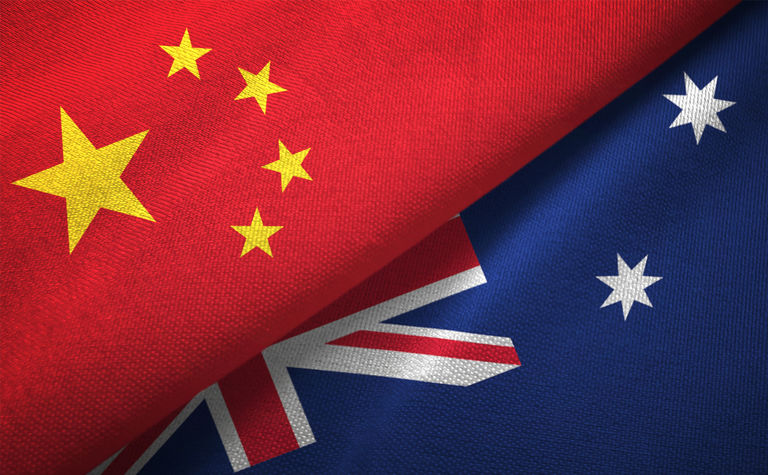 Chinese investment in Australian oil and gas has plummeted.

While China remains Australia's largest trading partner, research from KPMG and the University of Sydney found Chinese investment in Australia overall had plummeted by 58% from A$8.2 billion in 2018 to just $3.4 billion over 2019.

Even five years ago Belgium outpaced China in terms of Overseas Direct Investment and the United States has long held the top spot, despite more muted trade between it and Australia.

According to the new report, Chinese investment in Australia had fallen faster than other western nations including the United States.

"This 2019 downturn in value brings Chinese Overseas Direct Investment into Australia to the lowest annual level since Chinese investment peaked in mining and energy in 2008," the report said.

By industry, the largest investment sector was food and agriculture, accounting for 44% or $1.53 billion of total Chinese ODI, while the second-largest sector was commercial real estate at 43% or $4.5 billion worth of investment.

Both agricultural and commercial real estate investment from China is booming, growing more than 1600% in each sector last year.

Renewable energy investment was down 94% on last year, with just $23 million worth of ODI. Renewables make up just 1% of overall Chinese investment in Australia. 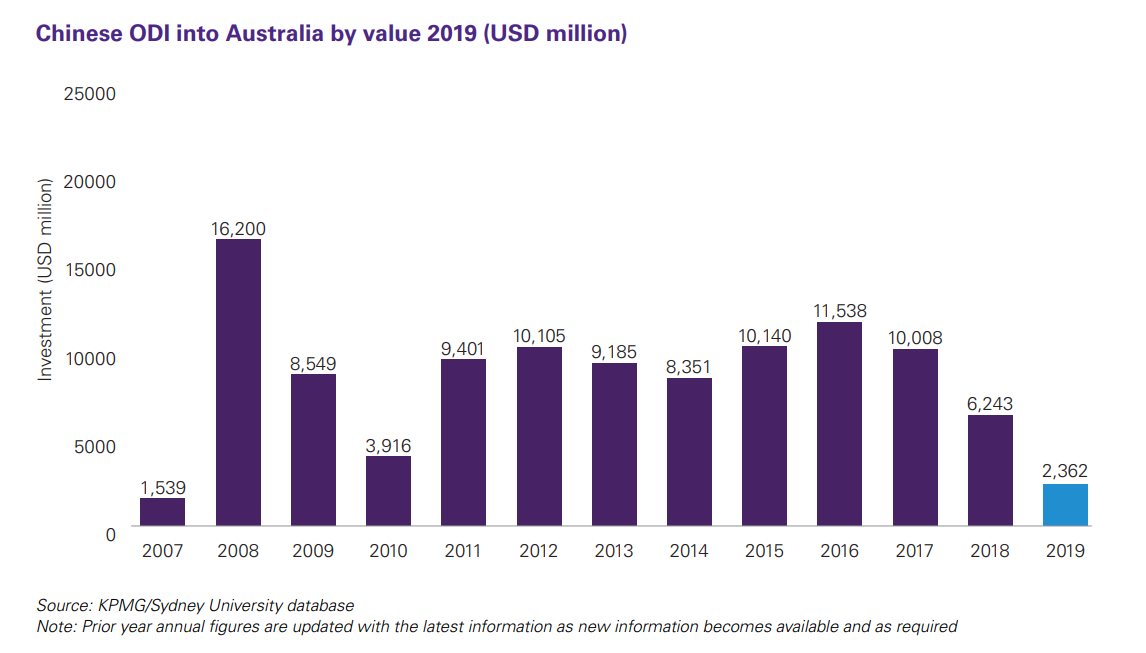