IoT within reach of small fries

CHEAPER operational and information technologies are starting to be within reach of juniors, but majors will also have to better utilise them to get cracking on delayed asset maintenance or pay the price, IFS says. Research and Markets found earlier this year that enhanced efficiency of resources would drive the oil patch's global IT spend to be worth $US48.5 billion ($A64.34 billion) by 2020.
Operational and information technology are starting to converge as new enabling technologies such as the ‘Internet of Things' have become more affordable and offer new ways to work smarter for less.
IFS' global director, oil and gas Hege Wroldsen believes this will enable large and small companies to transform their asset management systems and increase uptime.
Wroldsen says the oil and gas industry has been an early adopter of sensor technology, despite Woodside Petroleum CEO Peter Coleman telling the launch of the Internet of Everything Innovation Centre at Curtin University in July last year that the sector was slow to move on new technology.
Wroldsen believes that over the coming year, more sensors collecting more and bigger amounts of data will be seen in the oil patch, and importantly, companies will do more compelling things with the data to impact the operations of their business.
She believes this early adoption will pay "real returns" in the near-term, enabling the industry to build smarter financial models which offer performance-based services, rather than fixed fee services.
"Some upstream companies are now realising that their underlying asset management systems, if agile and flexible enough, can be transformed by the integration and analysis of data for the delivery of ‘smarter' services," she said.
"Collecting and processing equipment data will enable better projections and results - protecting the bottom line for smaller players.
"I think, with this new wealth of data, we will see new business models emerge, moving to the supply of services with consumption and performance-based pricing, rather than rigid fees."
As for the big end of town, Wroldsen says their personnel cull since oil prices dived in mid-2014 presents a risk that they could be left unable to fulfil critical projects.
"We are seeing an emerging maintenance gap, particularly in the offshore environment," Asker, Norway-based Wroldsen said.
"Older engineers are either being kept on for their experience or let go because of their relatively high cost. There is also a lack of younger engineers coming through to bridge this gap, but who traditionally adapt more easily to new technology."
However, technology is on hand. Drones offer an inspection solution for hard-to-reach equipment, which has driven the industry to investigate new uses.
BP has been investigating use of unmanned aerial vehicles since 2006 - and recently began a project in Alaska for topographical mapping and scanning pipelines for damage.
Drones can also be used to inspect remote and difficult to reach on-land assets or offshore rigs. The drone data can then integrate with backbone asset management and workforce management software to schedule relevant maintenance actions.
Wroldsen said another emerging tool was augmented reality.
"Augmented reality technology delivered via a wearables or mobile device enables remote, one-to-many, ‘over-the-shoulder coaching'," she said.
"Engineers on the ground can be guided by augmented hands and tools by specialists in another location, thousands of miles away.
"I anticipate that this will accelerate as companies look to maximise maintenance efficiency in difficult to reach environments, and get the most of the resources they have available."

On track to reach full capacity 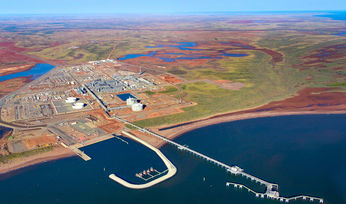 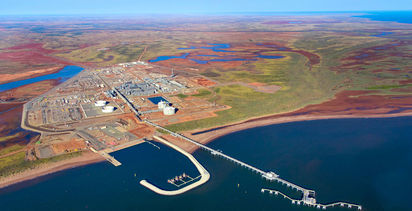 Calima starts 2022 with a bang