AFTER six years in the drivers seat, and more then four decades with the company, Equinor’s well-known chief executive Eldar Sætre will retire. Anders Opedal has been named the incoming president and chief executive officer of Norway's Equinor.

Equinor's Board of Directors today announced Anders Opedal who is currently serving as executive vice president of technology, projects, and drilling, as the next group chief executive and president.

It comes as Sætre, who soon turns 65, announced his "natural retirement" in March next year.

Rumours of Sætre have been murmured for months, and four internal candidates made the shortlist.

Opedal will take over the position as president and CEO from 2 November and Sætre will be advise him until his official retirement from the company 1 March 2021.

"The board's mandate is for Anders to accelerate our development as a board energy company and to increase value creation for our shareholders through the energy transition."

Opedal first joined Equinor as a petroleum engineer in 1997, spending many years in the drilling and well servicing business, before becoming chief procurement officer.

By 2011 he had been chosen to lead Equinor's A$47 billion project portfolio and then went on to become chief operating officer before taking the role as senior vice president and country manager in Brazil.

"Opedal has deep knowledge of and broad experience from the energy sector. He has risen through the ranks of Equinor and has demonstrated outstanding leadership and consistently delivered results exceeding expectations," Reinhardsen added.

"A unanimous Board is confident that Opedal is the right person to further develop Equinor as a force in the green shift." Sætre was appointed during the last oil price downturn in 2014. It was under his tenure that Equinor rebranded from Statoil.

"I have spent my entire working life in Equinor. I love this company and it has been the utmost privilege to work with all the great people at Equinor for the last four decades," Sætre said on reflection.

"Equinor is today a stronger and more competitive company, better prepared for a low carbon future than ever. I know Opedal well, and I am confident that he is the right person to lead the company during the next phase of the energy transition."

The Norwegian oil company announced earlier this year it would aim to have more than 16GW of new renewable capacity by 2035, in a pursuit to become a "global offshore wind major."

Equinor's ambitions compare with those of fellow European renewables pacesetter Orsted which is targeting 15GW by 2025 of offshore wind.

Equinor also wants to dominate the blue hydrogen space in the short term, at least according to chief financial officer Lars Christian Chacher who announced in July plans to develop the world's first at-scale facility to produce hydrogen from natural gas with a combination of carbon capture and storage.

The project is called Hydrogen to Humber Saltend and will, once developed comprise of a 600 megawatt auto thermal reformer with carbon capture. 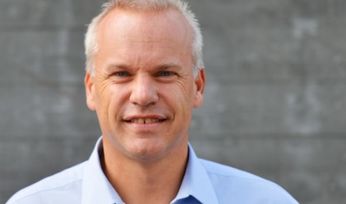 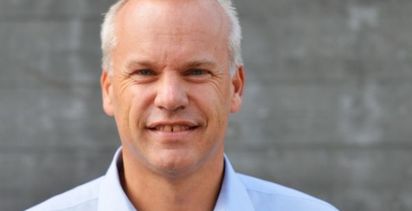