The $1.6 billion construction of Woodside's fourth LNG train on the Burrup Peninsula has called for one of the largest deployments of hire cranes ever seen on a single project in Western Australia.

Talks with the companies providing crane services on the project have revealed a diverse selection of more than 20 machines will be put to use over the expected 38-month construction period.

Scheduled to be operational by mid-2004, the fourth LNG train will have a production capacity of 4.2 million tonnes of gas per year and will significantly boost the capacity of the North West Shelf operation to better service export markets. The scale and scope of the project works, which includes the erection of thousands of tonnes of structural steel, has dictated the need for such a large fleet of lifting equipment.

For Tat Hong Rental, which won the right to supply crawler cranes between 100t and 450t for the project, the contract ranks as one of the most prestigious in its history. " It's the biggest contract we've ever won in Australia," said the company's WA crane rental manager, John Buntain. "It was very hard fought and the client was very demanding. Everything had to be top notch. Their standards on site are very high."

Tat Hong's commitment on the project consists of one 100t crane, six 150t cranes, one 200t crane, two 250t cranes and a 450t crane. All are either Sumitomo or Linkbelt manufacture.

Buntain said assembling a fleet of that nature required a significant outlay of capital and the sourcing of cranes from overseas. "Of the cranes we have on site, 50% are brand new, fresh out of the packing case," he said. "We purchased them specifically for the project. We didn't have all the other cranes in Australia either, some of them belonged to our Singaporean operation. The new ones were also consolidated in Singapore & we chartered a whole boat to bring them in.

"The whole lot was inspected by Tat Hong's project team & quarantine officers before they were shipped. They were unloaded from the ship at Dampier Wharf and taken to site where they were assembled and tested to Australian Standards."

The shipment contained a staggering 198 separate items with a weight of 1347.8 t

The cranes have been hired on a dry hire basis (supplied without operators) but Tat Hong has two fitters permanently on site to service them and ensure they are performing to expectations. Buntain said the cranes' workload involved mostly structural steel erection and vessel lifts as part of the general services contract being carried out by the Brambles Monadelphous Joint Venture (BMJV).

Once they have finished on this project these cranes will give Tat Hong Rental a fleet of cranes the equal of any company in Australia to significantly boost the capacity of the company's crane rental business.

Other cranes on the project will include the 10 mobile hydraulic models that CBI Constructors is sourcing to undertake the on plot mechanical erection contract. The CBI contingent headed for the north west consists of 16t and 18t Frannas, two 50t Tadanos, three 70t Liebherrs, an 80t Liebherr, a 90t Liebherr and a 120t Liebherr.

Also on the way to the Burrup are two monster lattice cranes from international heavy lift specialist Mammoet. While the exact capacity of these cranes is unknown, it is expected that they will be rated at about 1600t to undertake the heaviest lifts of the project.

Signs on to bunker supply deal 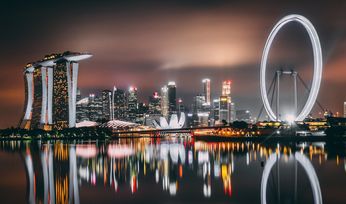 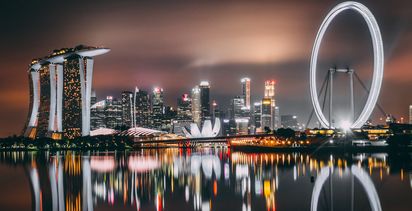