A report on the explosion at the Skikda LNG plant in Algeria has raised the spectre of environmental reactions in Alabama following the announcement by ExxonMobil and Cheniere Energy Inc of their intention to build LNG facilities on the shores of Mobile Bay, close to residential neighbourhoods.

The fact the explosion at Skikda caused 27 deaths and created one of the largest vapour cloud explosions ever recorded would no doubt be driving the community’s fears.

ExxonMobil intends to build its facility at the former Mobile Bay Naval Base while Cheniere’s plant is to be sited on Pinto Island. Presentations made by the Department of Energy (DOE), the Federal Energy Regulatory Commission (FERC) and ExxonMobil have all stressed on the safety aspects of LNG and the fact it does not explode.

Industry experts who have studied the Skikda report, however, have raised fears about safety concerns on the siting of LNG plants so close to residential neighbourhoods.

According to one of the USA’s leading LNG scientists, Professor James Fay, “I think this tells us that dealing with LNG is a tricky and dangerous business. [Skikda] was apparently a very large gas leak that went on for a while before the explosion. That certainly doesn’t give you a lot of faith in their gas detection equipment, with all this gas leaking out. I guess this means sometimes that equipment doesn’t work.”

Professor Fay’s views are echoed by engineer Bill Powers. According to Powers, “The kind of accident that [occurred at Skikda] could happen here.” Especially, as he warned, if LNG storage facilities are sited nearby to LPG storage facilities, as is being proposed in the Long Beach LNG terminal.

The heavier-than-air LPG vapours are known to be highly volatile and prone to explosions when exposed to flame.

“Halliburton had conducted a major renovation of the Skikda plant in 1999, updating all of the key safety equipment and computer systems [and the company] website [touted] the revamped LNG terminal as a model of modern American workmanship. [All] three LNG regassification plants revamped by Halliburton were destroyed in the explosion,” said Powers.

“Halliburton would have exhaustively checked out every possible accident chain of events and accounted for it, countered it. They would do that before they give it a clean bill of health. That’s how they operate.”

“They must have simply missed this accident possibility [and] if a company like Halliburton missed a scenario that could cause this, that tells us that we cannot account for all possible accident scenarios at LNG facilities,” added Powers.

The Skikda explosion claimed 27 lives and caused a fire which raged for eight hours. A malfunctioning boiler was attributed as the cause of the catastrophe. 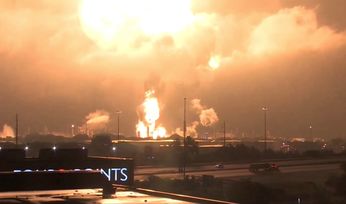 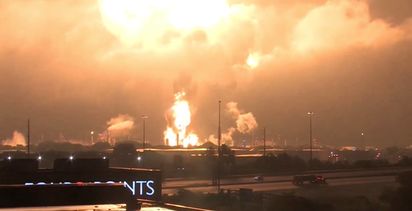