FLEX LNG'S plans for a floating liquefied natural gas project in the Timor Sea have received a boost after preliminary analysis of 2D seismic identified the JPDA 06-101(A) permit has the potential to hold more than 3 trillion cubic feet of gas. 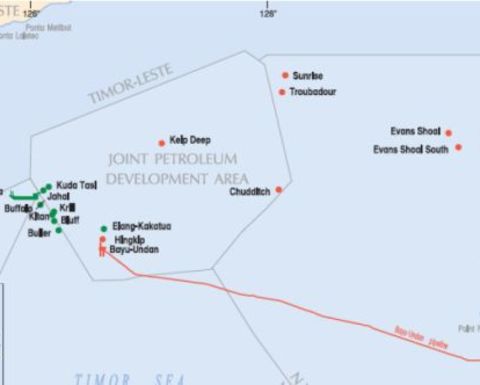 The 2D seismic survey was carried out over the Anita and Wombat structures in JPDA 06-101(A), which is held by Jersey-based Minza Oil and Gas.

Flex said the preliminary results supported a significant increase in the estimated gas resources of the main Chuditch and surrounding structures.

"Compared to the previous resource estimates, the most recent analysis shows a potential increase in the gas initially in place (GIIP) of up to 30-40 per cent," the company explained.

"This would bring the estimated GIIP figure for the Chuditch Main, Chuditch West and Wombat structures to a combined total of more than 3 trillion cubic feet."

Last year, Flex entered into an agreement to acquire control of Minza Oil and Gas as part of its plans to develop an FLNG project in Australia.

At the time, the company said it believed Minza's Timor Sea acreage could hold enough gas to support an FLNG project and the company would select one or more partners with suitable upstream experience to develop the acreage.

In a statement released on Wednesday, Flex said it had secured an extension to the agreement with Minza so it had sufficient time to finalise the ongoing partner selection process for JPDA 06-101 (A).

"The extension to the agreement with Minza is intended to provide Flex LNG with sufficient time to conclude the ongoing partner selection process and secure a partner that can undertake the necessary appraisal drilling," Flex chief executive officer Philip Fjeld said.

In April, PNN reported the FLNG pioneer was in advanced talks with an Asian national oil company to join an FLNG project in Australia.

Possible partners include Thailand's PPT Exploration and Production, which has plans to use FLNG to develop its Timor Sea assets including the Jabiru and Challis fields.

Another Asian national oil company with an interest in FLNG is Malaysia's Petronas, which in May last year formed a joint venture with MISC and Mustang to develop FLNG solutions.

However, Petronas said it was looking to develop the project off its home country.

Once Flex secures a partner for the project, the company aims to drill and complete initial appraisal wells within 12 months with a final investment decision on the FLNG project to be made as soon as possible thereafter. 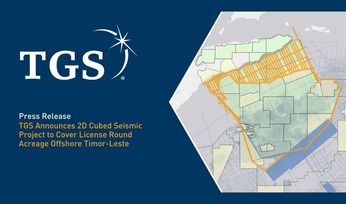