AFTER decades of investment, Chevron Corporation's massive Gorgon LNG project on Barrow Island will finally start generating cash within weeks, with the company sending the inaugural long-awaited first cargo to one of its equity partners in Japan. 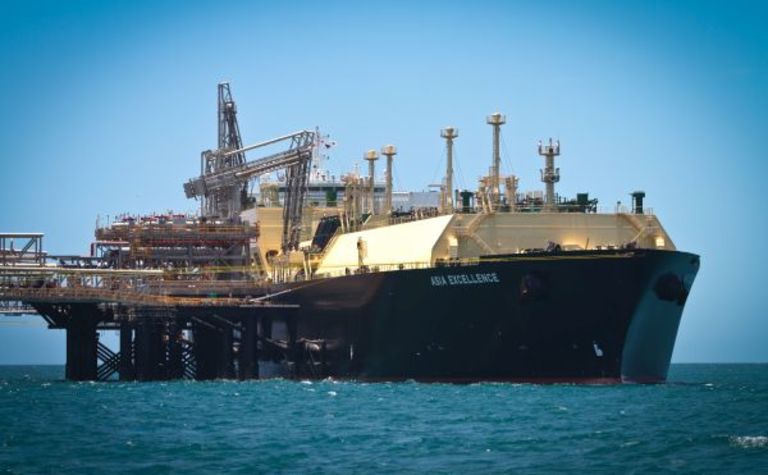 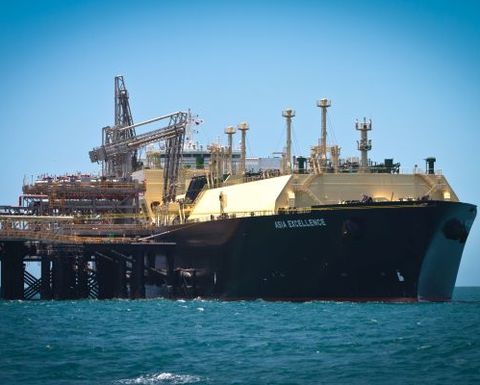 Gorgon, which has a construction estimate around $US55 billion (or $A72.6 billion of converted into 2016 dollars), expects to see the second and third trains commissioned over the next year.

Natural gas is one of the fastest growing segments of the California-headquartered oiler's energy portfolio, and both Gorgon and Chevron's other WA mega-project, Wheatstone, are the primary drivers of the company's volume growth.

Chevron CEO John Watson told investors earlier this month that Gorgon would generate "prolific cash flows for a long time", which will be a welcome booster for the company which just posted its first loss since 2002 and was bracing for a review of its credit rating until news of Gorgon's approaching milestone brightened things up considerably.

Though the project is launching amid an LNG glut that is not expected to ease up until the early 2020s, more than 80% of the equity LNG from Chevron's Gorgon and Wheatstone projects is covered by sales and purchase agreements and heads of agreements with Asia Pacific customers.

The historic LNG cargo will be delivered to Japan by Chevron's state of the art carrier the Asia Excellence.

Chevron Shipping Company is also in the final stages of its largest shipbuilding and fleet modernisation program in recent history to support its growing position in global LNG markets.

This includes the addition of six new LNG carriers to its operated fleet.

Chevron Australia managing director Roy Krzywosinski said the first shipment from Gorgon "signifies the dedication and efforts of tens of thousands of people on Barrow Island, throughout Australia and around the world".

"Safely and reliably delivering a project the scale of Gorgon, while protecting our people and the environment, is a clear demonstration of teamwork and a credit to the collective efforts of our customers, government and partners," he said.

"As a future long-term supplier of cleaner burning natural gas to customers in Asia, total annual production from Gorgon and Wheatstone could supply roughly 25% of Japan's natural gas demand each year.

"In addition, Gorgon and Wheatstone have the capacity to significantly increase and diversify domestic gas supply adding 50% to the current Western Australian market."

With Chevron's other major projects Angola LNG, Mafumeira Sul and Alder all appearing to be on track, major Asian investment group CLSA said earlier this month that those accretive project starts, including Gorgon, would add more than 200 million barrels of oil equivalent per day over the next 12 months.

Touring the project on Barrow Island earlier this month, federal resources minister Josh Frydenberg said it was the largest single private investment ever undertaken in Australia and that its construction phase alone had created more than 10,000 jobs.

"With Australia's large gas reserves, proximity to growing Asian energy markets, and reputation as a reliable supplier, we are well placed to capitalise on growing global demand for gas, which the International Energy Agency forecasts to increase by around 50% between now and 2040," he said.

Western Australia Premier Colin Barnett this morning hailed the shipment to one of Chevron's foundation buyers, Chubu Electric Power, saying more than $34 billion had been invested within the state and Australia, while 455 contracts had been awarded to WA firms for goods and services.

"From its immense scale through to its location on Barrow Island - a Class A Nature Reserve, protecting people and the environment has been fundamental in the construction of Gorgon," Barnett said.

"Working together, the state government and the joint venture partners have managed to ensure Barrow Island's environmental integrity has been maintained through strict quarantine conditions.

The Gorgon project also includes one of the world's largest carbon dioxide injection projects which is expected to reduce the overall greenhouse gas emissions by about 40%.

Gorgon is supplied from the Gorgon and Io-Jansz fields that sit within the Greater Gorgon area between 130-220km off WA's northwest coast, and includes a 15.6 million tonnes per annum LNG plant on Barrow Island plus a domestic plant with the capacity to supply 300 terajoules of gas per day to the state to fulfil its domgas obligations. 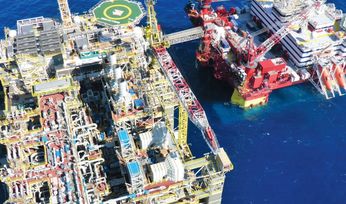 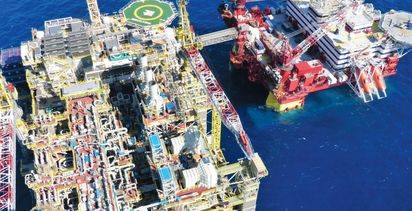