ACTIVISTS from Extinction Rebellion, Greenpeace and School Strike for Climate have boarded the COSL Prospector semi-submersible platform as it was being towed past the Marlborough Sounds offshore New Zealand yesterday afternoon. 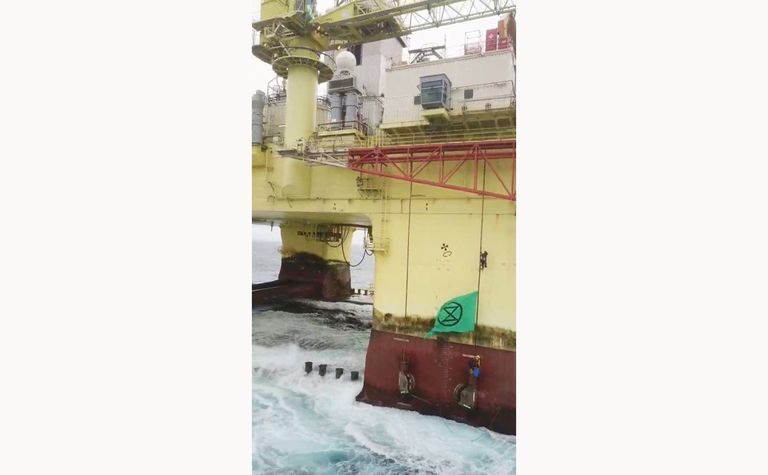 At 10.30 yesterday morning New Zealand time the protesters intercepted the rig while it was in transit, in a move which the group hoped would "expose OMV's offshore operations".

It is just the latest in what has been a long string of activist campaigns against OMV, which is the last larger oiler in the country.

The activists used a yacht to sail alongside the rig before two members boarded the platform and tied themselves to one of the legs. The yacht was crewed by underage school children.

"It's our first at-sea climate protest, so it's kind of a big adventure," a 15-year-old Christchurch Girls School student said in a press release.

The COSL Prospector was being mobilised following an exploratory drilling campaign in the Great South Basin. OMV was targeting gas, however protestors dispute this saying the company was after "deep sea oil" apparently confusing this with the associated condensate the Austrian company is chasing.

According to OMV's plans the rig would be moved to the Taranaki Basin for a separate development campaign.

The oil and gas peak body, the Petroleum Exploration Production Association of New Zealand has subsequently said that stunt was not safe for anyone, especially school children.

"It was an incredibly dangerous and stupid thing to do. We respect the right to protest but it has to respect people's safety, the law and the legal rights of others. To involve school children in breaking the law is also irresponsible," PEPANZ chief executive John Carnegie said.

This was backed up by the country's business council which added it was just a matter of time until a similar publicity stun would go wrong.

"The protest action overnight occupying an OMV gas exploration rig off the Taranaki Coast was illegal, highly irresponsible and dangerous and put the lives of both the protesters and the crew of the rig at risk," Business New Zealand said.

One of the activists, Nick Hanafin, tied himself to the rig to slow down any future work program.

"People are losing their homes and loved ones in the climate crisis," Hanafin said yesterday.

"If OMV wants to knowingly disrupt the Earth's climate with oil and gas drilling, then getting on their rig to disrupt them is necessary."

Energy News understands the other activist who boarded the rig was veteran Greenpeace protester Sianna Fitzjohn.

In its statement today, PEPANZ pointed out that the gas exploration and development program undertaken by OMV would provide resources to replace high emission energy sources and support renewable energy.

Both protesters have previously scaled OMV's headquarter offices in Wellington and vandalised the building.

In a statement to Energy News this morning OMV said it had diverted "considerable resources" including support vessels and medics to ensure the safety of the protesters.

Medics and safety experts were lowered to the protestors yesterday evening to check on their wellbeing and offering the option to move to a safer location for their own safety.

Overnight as conditions deteriorated the protesters then abandoned their position. They were given accommodation, hot drinks and food and full medical support from OMV.

"OMV New Zealand respects people's right to lawfully and peacefully protest. However, this was clearly a pre-planned ill-prepared illegal protest that put at risk the safety of the protesters and OMV staff and contractors," OMV senior vice president Gabriel Selischi said.

It is hoping authorities will take further action.

Last week offshore contractor Transocean filed documents in the UK asking for a jail sentence for Greenpeace's executive director John Sauven for endangering the lives of activists and disrupting its work programs.

Should the court rule in favour of Transocean, Sauven will face up to two years imprisonment. 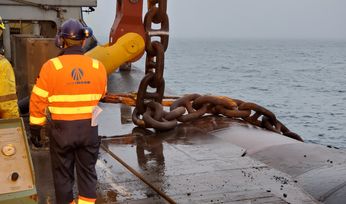