EXXONMOBIL’s Australian subsidiary Esso has been slapped with an occupational health and safety prohibition notice by the regulator over concerns a worker might fall through a heavily corroded area on the Kingfish B platform in the offshore Bass Strait.

The National Offshore Petroleum Safety and Environmental Management Authority (NOPSEMA) issued Exxon with notice after an inspection of the ageing platform.

The inspection found "an immediate threat to the health or safety" to workers with extensive corrosion across a walkway and stairwell.

"The collapse of the walkway could cause one or more persons to fall into the sea," NOPSEMA said.

"Sections of corroded steelwork could fall onto walkways underneath the corroded structure onto people using them."

A prohibition notice is different to a general direction issued by NOPSEMA and requires all activity to cease until safety standards are improved.

Kingfish B is part of the wider historic Gippsland Basin joint venture Exxon shares with BHP/Woodside. Kingfish B was shut-in about three years and Exxon began decommissioning work last year.

It is the second notice Exxon has received in the last 12 months at Kingfish B.

A fire broke out aboard the platform this time last year, leaving a worker with burns to an arm and hand.

Employees of contractor UGL were removing the closed pile pump string from the cassion when the vapour inside ignited, causing a three-second flash fire.

Another burned worker at offshore platform 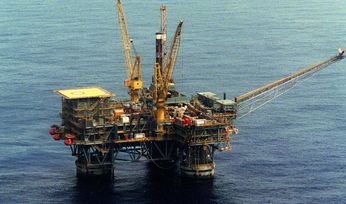 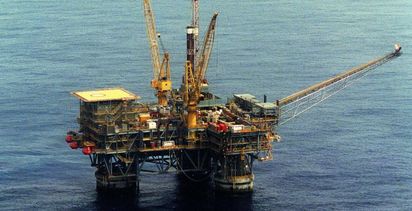 Mitsui gets approval for decom work