THE Australian Renewable Energy Agency has launched A$70 million green hydrogen fund to help fast track the development of the gas to help Australia reach its goal of producing it for under $2 per kilo, or “H2 under 2” by 2030.

The funding round will support two or more large scale renewable hydrogen projects, with electrolysers of a minimum of 5 megawatt capacity, with a preference of 10MW or larger, which would make them some of the largest electrolysers in the world, according to ARENA.

Electrolysis is the process in which water is split into hydrogen and oxygen, a process which when done by using renewable energy is emission free, however the technology has yet to be scaled up.

Unlike other parts of the federal government's National Hydrogen Strategy, each project must be powered by renewables, either directly or through power purchase agreements or large-scale generation certificates.

"This $70 million funding round will help demonstrate the technical and commercial viability of hydrogen production at a large-scale using electrolysis," energy and emissions reduction minister Angus Taylor said in a statement this morning.

In a similar vein to his other slogan on negotiating energy funding arrangements with the states, or "no gas, no cash", Taylor has adopted the mantra of "H2 under 2".

"That's the point where hydrogen becomes competitive with alternatives in large-scale deployment across our energy systems," he said.

Taylor pointed out the ways hydrogen could be used to decarbonise hard-to-abate industries, including heavy transport, ammonia production, blending hydrogen into existing local natural gas networks, as well as the export value of shipping it to trading partners like Japan and Korea.

"Getting costs down will be key to establishing Australia as a world leader in the hydrogen sector," Taylor said.

ARENA has already committed over $55 million in funding to support pre-commercial activities including power to gas and renewable ammonia and has invested in feasibility studies for commercial-scale deployments of hydrogen including Dyno Nobel, Queensland Nitrates, Yara and Stanwell.

"We've supported a range of feasibility studies and pilot projects over the past two years, but now we need to start the journey of producing hydrogen at scale," ARENA CEO Darren Miller said.

"Through this round, ARENA aims to share knowledge on technical and commercial parameters for commercial-scale renewable hydrogen production for domestic and international markets."

Australia is joining the global race to scale up renewable hydrogen, with several demonstration projects underway.

In the UK, offshore wind giant Orsted is leading a consortium which aims to produce renewable hydrogen via an industrial scale 100MW electrolyser powered by its offshore wind turbines in the North Sea.

The initial feasibility stage of the project was completed last year, with partner ITM Power developing designs for a low-cost 5MW electrolyser ‘stack'.

However Europe and Asia are looking to Australia as a potential leader in the renewable hydrogen game, thanks to the vast amount of space the country has to deploy renewables to power electrolysers.

"We are blessed with some of the world's best wind and solar resources, a large sparsely populated landmass, and as a major energy and resources exporter, we are already an experienced and trusted trading partner for countries like Japan and South Korea that will be the future hydrogen importers," Miller said.

At the Australasian Oil and Gas Conference earlier this year, Chevron chair in gas processing at the University of Western Australia Professor Eric May said the WA LNG industry gave the state a leading edge in a future hydrogen export industry.

"The workforce and knowledge base is the same, most important is our shipping routes and relationships which will give us the inside track," he said. 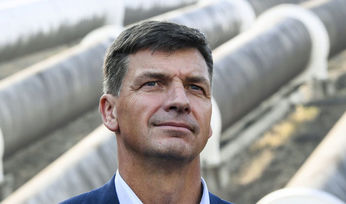 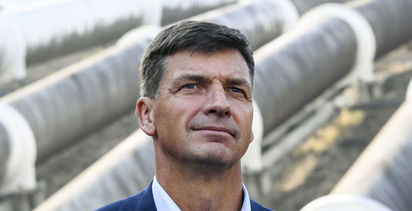