Today the Western Australian environmental watchdog gave the all-clear to what will be the world’s biggest hybrid wind and solar hub. 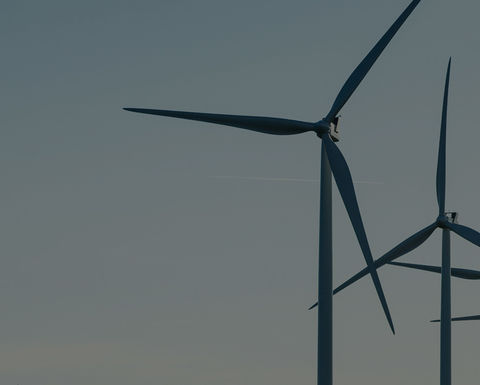 In an Australian first, the Asian Renewable Energy Hub in the Pilbara region of WA will transfer energy via a lengthy subsea power cable to Singapore and produce green hydrogen at an "oil and gas scale" for export.

"Having assessed the proposal, the Environmental Protection Authority recommends the proposal may be implemented subject to conditions," the state EPA said this morning.

The project  will cost more than A$22 billion and is being led by a consortium spearheaded by Danish wind turbine manufacturer Vestas, US-based Intercontinental Energy and Macquarie Bank.

The Asian Renewable Energy Hub will cover 6500 sq.km of land and is expected to generate more than 15 gigawatts of renewable energy in northern WA.

Around 3GW of energy generated is earmarked for industrial users in the Pilbara, including miners and mineral processers.

However, the bulk of the power generated will be used to produce green hydrogen for export markets, and directly exported through a subsea pipeline to Singapore.

Four export cables will run across the seabed and through the Eighty Mile Beach Marine Port, for direct energy export to southeast Asia.

It has taken six years to get to this stage, after project development studies began in 2014.

Last year the project was given priority ‘Major Project' status by the state government.

The A$22 billion hub will be constructed in phases over the next ten years and when complete will consist of 1,743 wind turbines with a generating capacity of 7.5 gigawatts and a 644,600 hectare 3.5GW solar plant generating more than 40 terawatt hours of electricity a year. It would also produce green hydrogen.

The project, some 220km east of Port Hedland, is being backed by CWP Energy Asia, InterContinental Energy, Vestas and Macquarie Group.

The developers are aiming for first exports of hydrogen by 2027.

Once fully operational the hub will have a life span of more than 50 years.

WA environment minister will have the final say on whether the project goes ahead.

The EPA report on the project is now open for a two-week public appeal, closing May 18.

The state environment minister Stephen Dawson and mines, petroleum and energy minister Bill Johnston declined to comment on the EPA's decision as they will be subject to further approval processes.

WA Greens party MP Tim Clifford did comment however, saying the state was "perfectly suited" for such a development.

"It's high time we took advantage of this. It's fantastic to see such a large investment in renewable energy right here in WA," Clifford said.

Clifford said the future of WA's energy exports were in renewable hydrogen but warned industry needed to work harder with the government to "foster early adoption" of similar developments or risk being "left behind" by other states and countries.

"Projects of this nature will also facilitate the creation of clean, renewable hydrogen -- a key component in our State's shift towards a green export future, and of our viability on the world energy stage," Clifford said.