THE federal government has greenlit the Snowy Hydro 2.0 project in New South Wales today, with the project getting its Commonwealth environmental approvals granted. Prime Minister Scott Morrison visited the project site today, proclaiming the approval marked a new wave of jobs and investment in the region and will guarantee affordable energy to the country.

"Just as the original Snowy Hydro project brought jobs and prosperity to Australia after the Second World War, Snowy 2.0 will help Australia grow its way out of the economic challenges from the coronavirus," he said.

"Already Snowy 2.0 is creating a jobs boom, with over 100 local businesses benefiting from the government's investment to date, with much more local investment to come."

Water will be pumped to the higher dam when the demand for energy is low, and then released to generate energy when demand is high.

The project will provide an additional 2 gigawatts of energy which will provide 350,000MWh of large-scale storage, enough to power the equivalent of 500,000 homes for over a week during peak demand, energy minister Angus Taylor said.

A 2017 Feasibility study estimated the project to cost between A$3.8-4.5 billion dollars.

The first power generated is expected in late 2024 and it will be fully completed in 2025.

As part of the approval, Snowy Hydro will invest almost $100 million in biodiversity and environmental enhancements, including establishing an offset fund of up to $73.8m through the NSW National Parks and Wildlife Service, according to the government. However, the National Parks Association of NSW said the Snowy 2.0 project would have a detrimental impact on the Kosciuszko National Park.

Today the group slammed the decision to approve the project, saying the federal government had ignored the 50 energy, engineering, economic and environmental experts and organisations whose analysis "utterly discredited" the claimed benefits of the project.

"Today's decision will go down in history as an appalling assault on one of Australia's most fragile and precious of national icons, Kosciuszko National Park," the organisation said in a statement.

The experts published an open letter in March saying the project "is not as it has been publicly portrayed" and there were "many alternatives that are more efficient, cheaper, quicker to construct and incur less emissions and environmental impacts."

The letter said the project will lose around 40% of the remote source energy that is ultimately delivered to consumers, after transmission and pumping/generation cycle losses are taken into account, and those losses were more than other pumped storage schemes due to its distance between reservoirs.

It also said the best place for energy storage was at major load centres rather than in rural areas, and the project would require substantial transmission works to connect to the grid, costing billions of dollars.

The letter also claimed the project would be largely unused until 2030 - as confirmed by recent AEMO projections and and evidenced by the historically low use of the pumped storage component of Tumut 3 station. 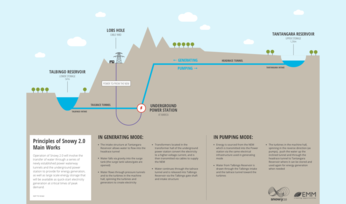 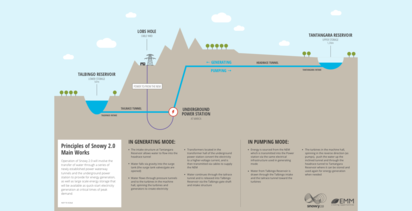