Pepanz does the numbers on NZ petroleum sector

THE Taranaki oil and gas industry is a billion-dollar-plus earner and significant export contributor to the New Zealand economy, and is responsible for employing over 8600 people, according to a just-released independent report.

The report - “The Economic Impact of the Oil & Gas Sector on the Taranaki Region and New Zealand” - says the oil and gas sector is a cornerstone of the Taranaki economy, generating 17% of the region’s gross domestic product (GDP) and contributing to the capability and capacity of several other key industries in the region.

All future activity in the New Zealand oil and gas sector, wherever that may occur, is likely to require significant contributions from Taranaki, and generate economic activity in that region, according to the report.

“The Taranaki region is recognised as the oil and gas capital of New Zealand,” the report said.

“It has world-class technology, capability and capacity to service the industry. It has the necessary infrastructure, businesses and individual expertise to participate in any oil and gas activity.

“Most, if not all, other regions in New Zealand are simply not geared to provide the required inputs into the oil and gas sector, nor do they have the infrastructure to deal with the outputs from the industry.

“It is therefore likely that any future exploration and-or discoveries, regardless of where they occur in New Zealand, will require a significant contribution from Taranaki, be it the port, engineering and construction businesses, dedicated support businesses, individual expertise, or the pipeline infrastructure.”

The report, produced by Business and Economic Research Ltd (Berl), was commissioned by the region’s economic development agency Venture Taranaki Trust (VTT), for the Petroleum Exploration and Production Association of New Zealand (Pepanz).

“We needed to have good baseline data about the existing contribution of the sector to the economy, and Berl was well placed to do that work, having completed a study earlier this year for VTT on Port Taranaki that examined our sector in passing,” he said.

But the full impact of the Taranaki-based petroleum sector was broader than this, considering the number of other industries or service companies that depended wholly or in part on the oil and gas sector.

For example, close to 30% of Taranaki computer services output was to the oil and gas sector. For non-building construction, the proportion was 20% and for other business services, 19%, according to the report.

The report also said oil and gas activity levels had roughly doubled between 2003 and 2004, and were now even higher.

Thirty wells were drilled during 2006 in New Zealand – 23 in onshore Taranaki and six off Taranaki.

Up to 40 wells – exploration and development (including production and water injection) – were to be drilled between 2007-09 in various geological basins, mostly in Taranaki, but also in Southland, East Coast, Northland, and Canterbury. In addition, there were a further 10 drilling options, the report said.

Pfahlert said this report would provide Pepanz and VTT with information for ongoing dialogue with the Government about the sector’s importance in providing natural gas for electricity generation and other industry processes.

“With many new offshore developments coming onstream in the next two to three years, the sector is poised to become an even more significant contributor to the New Zealand economy,” he said. 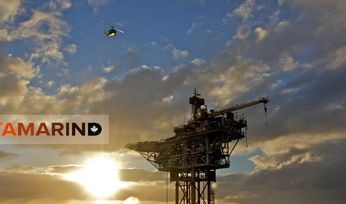 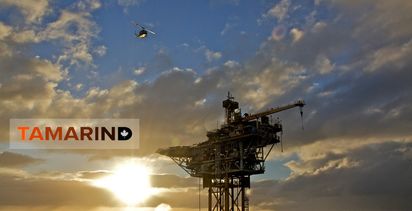